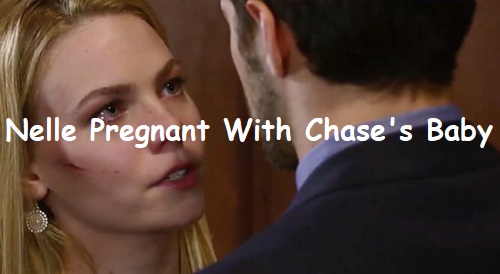 General Hospital (GH) spoilers tease that more baby drama’s ahead for Nelle (Chloe Lanier) and everyone connected to her. Now that Chase (Josh Swickard) is back in Nelle’s world, this presents some interesting story opportunities. GH viewers will definitely see these two collide in intriguing ways.

Let’s consider what we know so far. Nelle was backed into a corner during the Zackary Grant murder investigation. Chase was assigned to the case, so Nelle grew closer to him with a goal in mind. Since Chase was reported for inappropriate behavior, he believes that was Nelle’s plan all along.

However, Nelle claims she genuinely cared about him. We also saw Chase gazing woefully at an old picture of himself with Nelle. Despite his rage over her betrayal, there appeared to be a hint of longing in Chase’s eyes. GH has laid the groundwork for a “Chelle” reunion if that’s the way they want to take this. It’d be a classic “good guy can’t resist a bad girl” storyline.

Of course, we can’t ignore the fact that Nelle is having a baby with Michael (Chad Duell)…or is she? Soap watchers know paternity tests are often changed. Most buzz out there suggests Michael won’t end up with a kid after all. If so, who could the real father be? There clearly aren’t a lot of options. 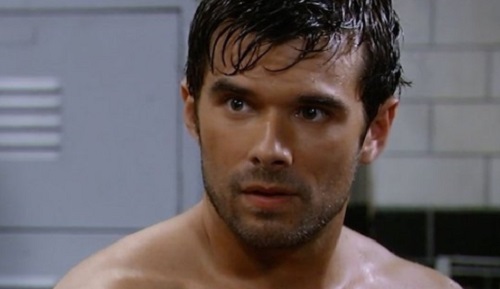 Fans have wondered if Dillon (Robert Palmer Watkins) might’ve hooked up with Nelle off screen. Unfortunately, there’s no sign of a Dillon comeback yet. They can’t do this story without him around, so we should mull over the alternatives.

It’s also possible Lucas (Ryan Carnes) or Brad’s (Parry Shen) sperm was stolen. Since Nelle may be their anonymous birth donor, there’s a chance GH will go in that direction. Would that really maximize the drama though? It’d be better to add a new “baby daddy” to the mix and throw off the whole custody situation.

In that case, it makes sense for Chase to emerge as the surprise bio dad. We have to remember that Nelle’s pulled off plenty of crazy plots. What if she managed to get her hands on Chase’s sperm sample? On soaps, a twist like that is easy to explain.

General Hospital likes wild rides when it comes to kid mysteries. Charlotte (Scarlett Fernandez) is proof of that. This could be just what GH needs to shake things up again. If Chase is the father of Nelle’s child, it would give him a reason to let her back in his life. He’d undoubtedly be angry at first, but it might bring them closer in the end.