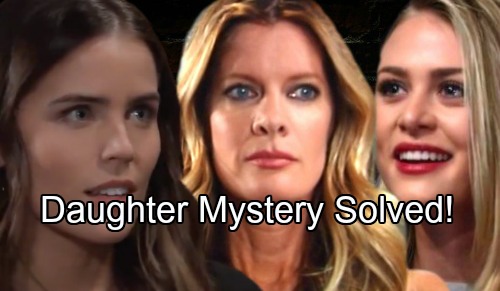 General Hospital (GH) spoilers tease that Valentin (James Patrick Stuart) and Nina (Michelle Stafford) will concentrate on the same goal. They’re both on the hunt for Nina’s long-lost child, but they could arrive at very different conclusions. Some surprises are definitely in store as they work to solve this mystery.

Valentin ordered Curtis (Donnell Turner) to send the DNA samples to two different labs. He wants to be sure of accuracy, but there are still no guarantees here. On a soap, you just never know what mischief might be afoot!

However, we have to at least consider the possibility that Sasha Gilmore is Nina’s daughter. If she is, there’ll be another hurdle for Valentin to overcome. Sasha loved her now deceased mother, so she’s not interested in finding another one. She doesn’t even believe she was adopted, so she may not give Nina the warm welcome Valentin had hoped for.

Of course, Nina’s search will likely lead her down another path. General Hospital dropped some major hints during Nina’s chat with Ava (Maura West). Nina suggested that if Kiki (Hayley Erin) were her daughter, she wouldn’t be wasting time lashing out like Ava.

Naturally, Ava fired back that Nina wasn’t a mother and never would be. The tension surrounding Ava’s parenting skills could be significant. Nina’s showing concern for Kiki and suggesting that she’d be a better mom. GH could run with that and make Kiki the daughter Nina’s seeking.

On October 1, General Hospital spoilers say Nina will get news that leaves her shaken. Could there be some clue that points her in Kiki’s direction? Even if it doesn’t happen just yet, you can bet that it will. GH might as well explore Kiki as a daughter option, even if Sasha or someone else turns out to be the real deal.

General Hospital spoilers state that Valentin and Nina will eventually have to compare notes. If they put their heads together, maybe they can find the right answer and figure this mess out. Do you think Kiki is Ava’s daughter or are you leaning toward Sasha? Could it be another young woman instead?

It looks like Nina’s in for a shock no matter what! We’ll give you updates as other GH details emerge. Stay tuned to the ABC soap and don’t forget to check CDL often for the latest General Hospital spoilers, updates and news.