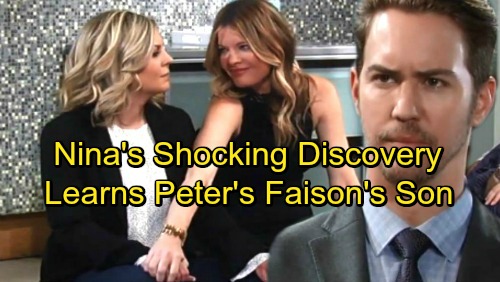 General Hospital (GH) spoilers tease that Nina (Michelle Stafford) will be determined to protect Maxie (Kirsten Storms). She suspects that Peter (Wes Ramsey) has a hidden agenda, so she’ll be keeping a close eye on him. As Peter spends more time with Maxie, Nina will dig deeper for answers.

It looks like some misfortune could actually turn into a stroke of luck. General Hospital spoilers suggest that Nina will end up with a minor foot injury. She’ll be treated by Griffin (Matt Cohen) at GH, so this is obviously a plot point to help Nina out. She may find herself in the right place at the right time. 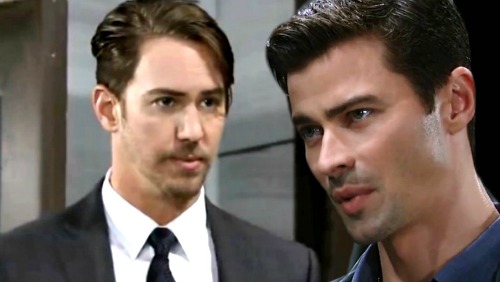 Griffin received the paternity test results and they were exactly what he thought they’d be. He now knows Peter is Faison’s (Anders Hove) son, so he’s struggling with what to do. Griffin may keep the secret until his heart can guide him. He has to weigh the pros and cons before he acts.

However, Nina could easily see or hear something strange during her hospital stay. For example, Peter might bump into Griffin and thank him once more for the assistance he provided. Nina could eavesdrop on their conversation nearby. Of course, GH could always go with a phone call or a file that’s left in view. There are plenty ways for Nina to make a connection. 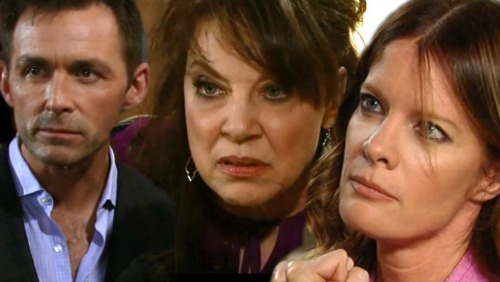 After that, Nina will have some work to do. She’ll recruit someone to get to the bottom of all this. General Hospital spoilers say Nina will call Curtis (Donnell Turner) and they’ll meet up on April 12. That same day, Griffin will remain in the dark on something.

General Hospital spoilers tease that Curtis and Nina will team up to find out Griffin’s big secret… and Peter’s! Nina may think this is the key to bringing Peter down. She’ll be in for a huge shock when Curtis’ plan pays off. When the truth inevitably comes out, Peter’s paternity will really throw Nina for a loop.

Nina recently snarled that she never wanted to hear Faison’s name again, but she’s not going to get her wish. It sounds like she’ll soon discover that Faison is Peter’s father! Imagine the trouble Valentin (James Patrick Stewart) will be in once his long-term connection to Peter is revealed. We’ll give you updates as other GH news comes in. Stick with the ABC soap and don’t forget to check CDL often for the latest General Hospital spoilers, updates and news.