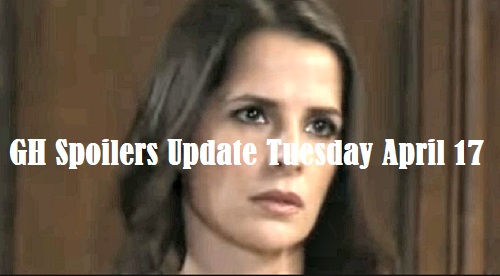 General Hospital (GH) spoilers for Tuesday, April 17, tease that Lulu’s (Emme Rylan) new plan will leave Dante (Dominic Zamprogna) concerned. She decided to keep up the Heinrik investigation after all, especially since a new clue could lead to a meeting. However, Lulu will consider another article in the meantime. She’ll drop a hint to Dante, but he’ll have a bad feeling about it.

Lulu will explain her point of view and Dante will explain his own. Unfortunately, neither one of them will really budge. Nevertheless, General Hospital spoilers say Dante will put his worries aside and share a laugh with Lulu. He’ll promise that he’s got her back no matter what.

Over at Charlie’s, Kim (Tamara Braun) will spend some time with Julian (William deVry). It won’t be long until a guest joins their chat. A woman will sit down at their table and make a pitch to Kim. She’ll wonder how Kim would feel about the spotlight, so it sounds like all eyes could be on Kim soon enough. 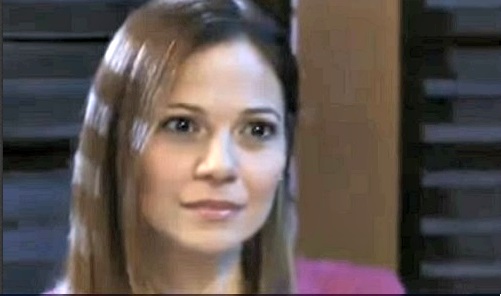 Perhaps ELQ’s expectant parents party needs an MC or a keynotes speaker. GH fans will recall it’s the event Michael (Chad Duell) asked Nelle (Chloe Lanier) to attend. As an OB-GYN, Kim would be the perfect person to speak at this gathering. If that’s what the show has in mind, we’ll see if Kim rises to the challenge.

Across town, Ava (Maura West) will blast Sonny (Maurice Benard) and Carly (Laura Wright) for their terrible parenting skills. She’ll be appalled when she hears more about Avery’s (Ava and Grace Scarola) disappearance. Ava will wonder what they were thinking. Avery never should’ve been left alone with Mike (Max Gail). If the nanny couldn’t handle them both, she should’ve had backup.

Ava had to read about her missing daughter through a phone alert, so she’ll fear that Sonny’s not being forthcoming. General Hospital spoilers say Ava will urge Sonny to divulge anything that could assist Detective Chase (Josh Swickard). He’s taking the lead on this, so it’s important to work together.

Ava will also give Carly an earful, but she’ll eventually settle down and concentrate on finding Avery. It’s all that matters right now. Of course, that means Carly, Sonny and Ava will have to be allies – at least for a little while!

In Switzerland, Sam (Kelly Monaco) will be prepared to join Jason (Steve Burton) on his latest mission. Spinelli’s (Bradford Anderson) been arrested, so he’s in deep trouble. Despite Sam’s desire to help Spin, she’ll ultimately reconsider. Sam has to stick around with the kids and let Jason step up alone.

Spinelli will get interrogated by a deputy marshal he’s met before. He’ll hold his own, but Jason’s assistance will be welcome. Back with Sam, she’ll be stunned when Alexis (Nancy Lee Grahn) shows up. Alexis will be just as surprised to learn Jason’s been in Sam’s room. She’ll guess that a “JaSam” reunion’s brewing, so she’ll criticize Sam for moving too fast.