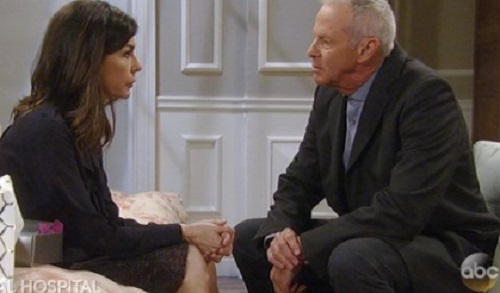 General Hospital (GH) spoilers say there’s a good reason why Anna Devane (Finola Hughes) doesn’t want her ex, Robert Scorpio (Tristan Rogers), involved in the search for Heinrik Faison (Wes Ramsey). It was very un-Anna-like of her to slam the door in Robert’s face, especially when their beloved granddaughter, Emma (Brooklyn Rae Silzer), was close by. Many GH fans are wondering why Anna was so rattled.

Could it be because she was married to Robert when Heinrik was conceived? It’s an interesting possibility to consider. General Hospital history suggests Robin Scorpio-Drake (Kimberly McCullough) was born in 1977, even though Robert knew nothing of her until she was seven years old.

GH has been fuzzy with the rest of the facts. They haven’t really revealed why Anna kept her daughter a secret for that long. Anna gave Robin to Filomena Soltini (Argentina Brunetti), a friend who was willing to raise her little girl. Filomena kept Robin for those first seven years, but General Hospital hasn’t clued anyone in on why exactly. 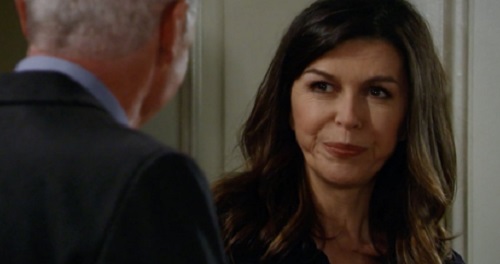 Anna and Robert were married in 1976 while working as partners for the WSB. Again, Robert didn’t know about their daughter initially. Anna must not have been very far along with Robin when they divorced in 1977 or else she wouldn’t have been able to hide it.

In February 2018, Valentin Cassadine (James Patrick Stuart) confessed that he knew about Anna’s baby with Cesar Faison (Anders Hove). Valentin recalled following Anna to Brussels from spy school. It’s possible that Robert and Anna’s secret marriage took place just before graduation. They could’ve had some secret missions as part of their final training at spy school.

Comparing the dates of the marriage and Robin’s birth, that could make Peter (aka Heinrik) around a year older than Robin. According to GH history, Robin was born on October 12, 1977. Peter’s birthday was recently confirmed as June 13, so let’s break this down.

If Peter was born June 13, 1976, Robin would have been conceived around January 1977. That allows time for two pregnancies in 1976 and 1977. How Anna kept her Heinrik pregnancy secret from Robert is another mystery. Perhaps Heinrik was a six-month baby, which would put conception in January 1976.

General Hospital spoilers state that Anna will come clean about something soon. Will she admit a major secret to Robert? Could Anna reveal she was pregnant with Faison’s son early in their secret marriage? GH has plenty of twists and turns ahead! We’ll give you updates as other news comes in. Stick with the ABC soap and don’t forget to check CDL often for the latest General Hospital spoilers, updates and news.

WATCH: Sam helps Jason break down all of his leads in the search for Henrik… before all hell breaks loose. #GH55 pic.twitter.com/jDgHHOiro1