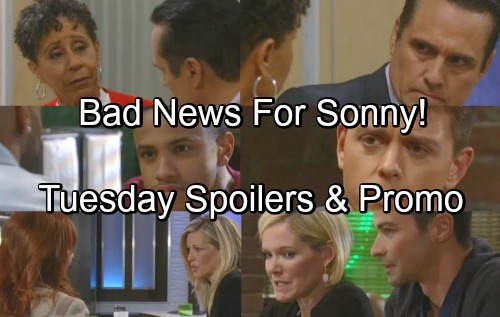 General Hospital (GH) spoilers for Tuesday, May 1, tease that Curtis (Donnell Turner) will have a question for TJ (Tequan Richmond). He still has marriage on his mind, so he may hope to do things right this time. Curtis blurted out a proposal to Jordan (Vinessa Antoine) during her recent cancer scare. It was sweet, but it wasn’t exactly a fairytale moment.

Now Curtis needs to put a little more thought into it. He can start by asking for TJ’s blessing, which is probably what he’ll do in Tuesday’s GH episode. Meanwhile, Dante (Dominic Zamprogna) will notice that Jordan seems distracted. He’ll wonder what’s up, so Jordan might explain what happened with Curtis. Marriage is undoubtedly still on her mind as well. 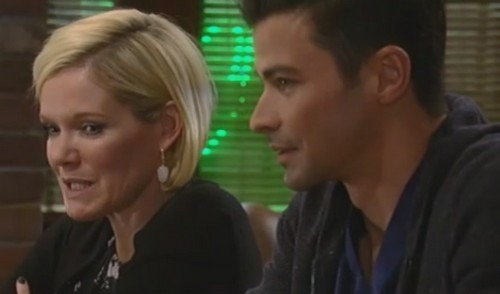 Other General Hospital spoilers say Ava (Maura West) will meet up with Griffin (Matt Cohen) for a chat. She’ll insist that Avery’s (Ava and Grace Scarola) going to be spending a lot more time with her mom. Griffin will undoubtedly grow suspicious of how Ava pulled this off. She negotiated a deal for joint custody with Sonny (Maurice Benard), so Griffin will certainly want some answers.

It looks like Ava may fudge the details, so that’s sure to land her in hot water when the truth comes out. Elsewhere, Nelle (Chloe Lanier) will push for a serious discussion with Michael (Chad Duell). She’ll have something she needs to tell him, so Michael will seem a bit concerned. He never knows what to expect with Nelle! 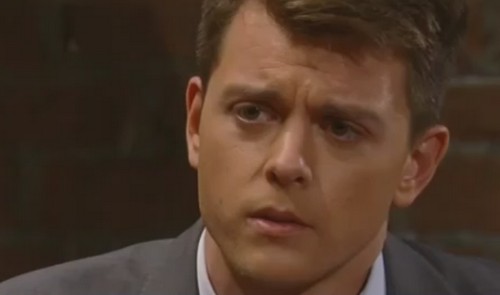 Perhaps Nelle will mention her conversation with Carly (Laura Wright) and Diane (Carolyn Hennesy). She put on quite a show about wanting Carly and Sonny to take the baby if anything happened. Michael already worked out a deal with Jason (Steve Burton), but Nelle may convince him that Sonny and Carly are the better option.

Then again, Nelle might share something that could make Ava look bad. She could at least let him know she tried to help. Whatever the case, this is all part of Nelle’s twisted scheme. She’ll do anything she can to take Carly down and make Michael her man once more. 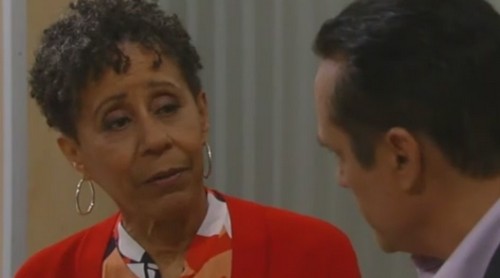 Across town, Carly will open up to Bobbie (Jacklyn Zeman). She’ll admit she’s really starting to question herself about what’s real and what isn’t. Thanks to Nelle, Carly’s afraid she might be losing it! General Hospital spoilers say Bobbie will provide support, but you can bet she’ll be worried about Carly’s condition.

Finally, Stella (Vernee Watson) will sit down with Sonny and talk about some painful facts. She’ll remind him that there’s only one outcome for a patient with Alzheimer’s. Sonny can’t protect Mike (Max Gail) from the inevitable, so he just has to handle this as best as he can.

It sounds like another great episode’s coming up. We’ll give you updates as other GH news emerges. Stay tuned to the ABC soap and don’t forget to check CDL often for the latest General Hospital spoilers, updates and news.