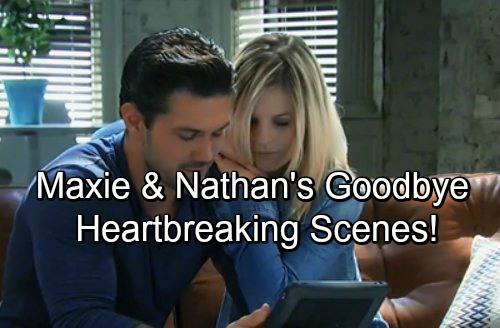 General Hospital (GH) spoilers tease that Maxie (Kirsten Storms) will finally get some relief. It sounds like she may believe Faison (Anders Hove) has been captured or killed. Jason (Steve Burton), Sonny (Maurice Benard) and Anna (Finola Hughes) will team up to get the job done. Maxie might get some news that leads her to believe Faison’s no longer a threat.

Of course, this could also be about Dr. Obrecht (Kathleen Gati). Even if Maxie isn’t certain of Faison’s imprisonment or demise, she would be relieved by Dr. O’s rescue. Whatever the case, Maxie will start to settle down a bit. With Nathan’s (Ryan Paevey) reassurance, Maxie will try to believe everything’s going to be OK. Unfortunately, General Hospital spoilers say Maxie wrong to relax at all! 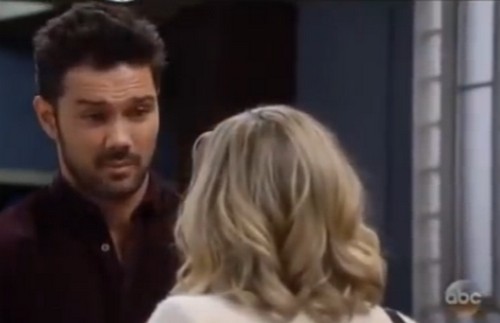 During the week of January 29-February 2, Nathan will remind Maxie of his deep love. He’ll let Maxie know that no one matters more to him than her. Nathan will be excited about adding their little one to his list of most treasured people. He’ll think they’re really going to be living the dream soon.

General Hospital spoilers say Nathan and Maxie will share some warm moments. Their romance will be in a good place. Maxie will trust that they have a bright future ahead of them, but she’s quite mistaken. Some dark times are coming up for this married duo. 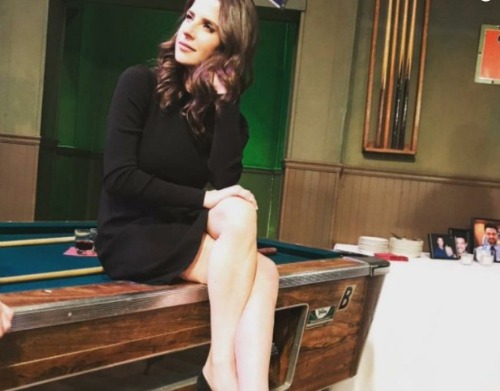 Unfortunately, Maxie’s relief will be all too brief. This is just the calm before the storm. General Hospital spoilers state that Nathan’s shocking departure will tear them apart. A GH January promo seems to show Nathan in captivity, so it’s possible Faison will snatch him up. Death is also an option, but viewers don’t even want to think about that! That exit would be so brutal for Maxie. General Hospital spoilers indicate that a photo leaked by Kimberly McCullough shows that there will be a funeral for Nathan – is he dead or is his death faked – at this point we can’t tell you.

Whatever the case, Nathan’s time in Port Charles is running out. It’s nice that GH will give “Naxie” fans those sentimental goodbye scenes. They should help us say farewell to the popular couple. Sadly, Nathan and Maxie won’t know when their last conversation finally comes.

It’ll be painful to watch, but there’s sure to be some awesome drama. We’ll give you updates as other GH details emerge. Stay tuned to the ABC soap and don’t forget to check CDL often for the latest General Hospital spoilers, updates and news.