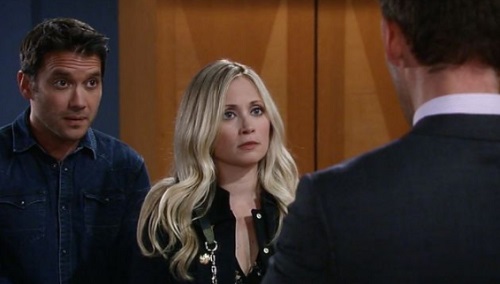 General Hospital (GH) spoilers tease that Valentin (James Patrick Stuart) will help Lulu (Emme Rylan) smoke out sneaky Heinrik (Wes Ramsey). At least that’s what she’ll think he’s doing! Valentin offered a list of his contacts to assist with Lulu’s goal, but trouble’s brewing. Since Valentin wants to protect his partnership with Peter, he may send Lulu on a wild goose chase.

Most of Valentin’s contacts are probably overseas from his mercenary days. By giving Lulu that list, he may hope to lead her as far away from Heinrik as possible. Lulu has a hunch that Heinrik may be in Port Charles, so Valentin will need to throw her off Peter’s trail. He could easily arm his trusted contacts with bogus information. That’d be a great way to put Lulu on the wrong track.

Lulu definitely has some of her father in her. Like Luke (Anthony Geary), Lulu has a nose for adventure and is fearless in pursuing answers to mysteries. She had no problem deciphering the clues in The Severed Branch, but she’d be better off leaving the detective work to Dante (Dominic Zamprogna). Lulu’s investigative skills often land her in hot water and that could be the case this time, too. 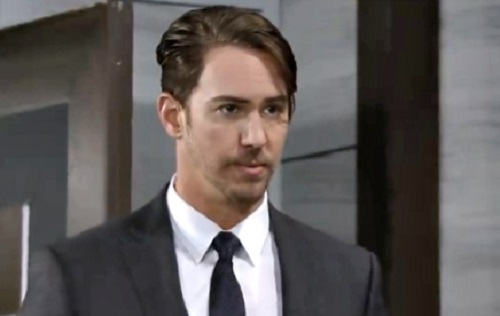 Peter chose significant names for The Severed Branch and they’ve provided some crucial hints. Octavian shares his first name with a Roman emperor who later took the name Augustus. It’s easy to see how the Peter AUGUST alias came out of that.

Peter recently revealed Octavian’s last name as Stone, so that’s one more hint to show that he’s the main character. He could expose himself thanks to all the similarities. Peter’s a biblical name meaning rock or stone, so perhaps Lulu or someone else will discover this clue eventually.

Still, General Hospital spoilers say Lulu may have to get through this wild goose chase first. Where will this adventure take her? Will Lulu go to Europe and possibly contribute to Spinelli’s (Bradford Anderson) looming GH dilemma? She could inadvertently blow his cover at the bank and spark a total disaster.

Regardless, Lulu was right about Heinrik hiding in PC. After her search leads nowhere, Lulu will undoubtedly discover that her hunch was spot-on! We’ll give you updates as other General Hospital news comes in. Stay tuned to ABC’s GH and don’t forget to check CDL often for the latest General Hospital spoilers, updates and news.

“If I didn’t know any better, I’d say you were avoiding me.” #GH55 pic.twitter.com/K1zzaLDnMv