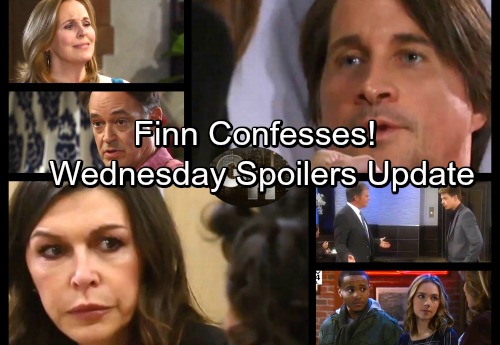 General Hospital (GH) spoilers for Wednesday, January 3, tease that Jordan (Vinessa Antoine) will seek answers from Anna (Finola Hughes). After she gets updates on Cassandra (Jessica Tuck) and Finn’s (Michael Easton) faceoff, Jordan will push Anna to spill the whole story. She’ll be angry that Anna was carrying out this operation without her knowledge.

Anna will note that she only wanted to take down Cassandra and save lives. Unfortunately, Finn ended up in grave danger thanks to that hefty drug dose. He’ll land in the hospital, so Anna will pop in his room to check on him. As she moves closer, Finn will have an announcement to make. It looks like he may be ready to confess his true feelings and kick this romance in high gear. 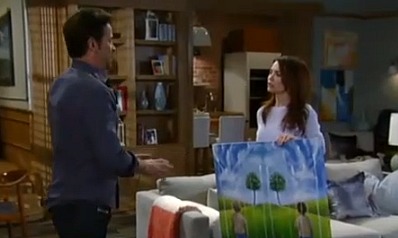 Meanwhile, Franco (Roger Howarth) and Liz (Rebecca Herbst) will hit another bump in the road. When Liz wants to show off the mirror image painting, Franco will nix the idea of putting it up. His outburst will leave Liz with questions about this artwork. Liz will sense that Franco now gets some bad vibes from it, so she’ll try to find out why.

Franco doesn’t want to think about when he supposedly pushed Drew (Billy Miller) down the stairs. It’s a childhood nightmare he’d rather leave in his past. Franco will hope to change the topic and move on, but Liz’s suspicions will certainly rev up. 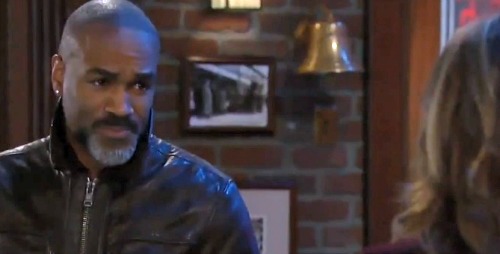 Other General Hospital spoilers say Kevin (Jon Lindstrom) will give Laura (Genie Francis) the key to her future. This may have something to do with Laura’s upcoming campaign for mayor. Across town, Michael (Chad Duell) will take a stand against Ned (Wally Kurth). He’ll refuse to make the deal Ned wants until he’s sure it’s in ELQ’s best interest.

Ned will eventually turn in his resignation. He just can’t keep battling Michael over every little thing. Luckily, the mayoral election’s coming up. GH spoilers state that Ned will become Laura’s worthy opponent. 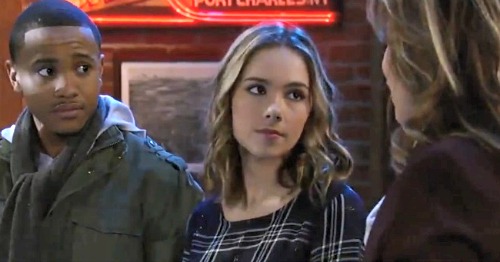 Elsewhere, Olivia (Lisa LoCicero) will practically roll her eyes over Julian’s (William deVry) passionate speech. He could push for more visits with Leo (Pressly James Crosby), but his sappy act may not work on Olivia. Nevertheless, Julian will assure Olivia that he wants to be a better man. She might cave in if Julian really sells it.

At Julian’s pub, Alexis (Nancy Lee Grahn) will arrive for breakfast with Molly (Haley Pullos), TJ (Tequan Richmond) and Curtis (Donnell Turner). When they look somber, Alexis will realize they have more than pancakes and coffee in mind. She’ll pitch in with their continued fight against the Charles Street development project, so a win’s probably in the bag.