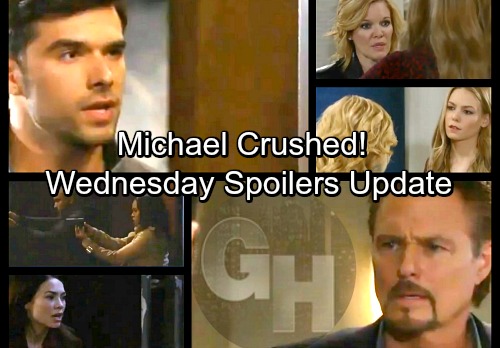 General Hospital (GH) spoilers update for Wednesday, March 21, tease that Michael (Chad Duell) and Francesca (Celesta DeAstis) will kick off their evening together. They’ll enjoy some flirting and get down to the business of their date. Michael will hope this is going to be a new beginning in the romance department, but he could be mistaken about that.

GH fans will watch Michael face a crushing blow on Wednesday. It’s possible that they simply won’t click, but it seems likely that Nelle (Chloe Lanier) will be an issue somehow. Perhaps Michael will talk about the baby he’s having with his ex and Francesca will decide to skip all that drama. 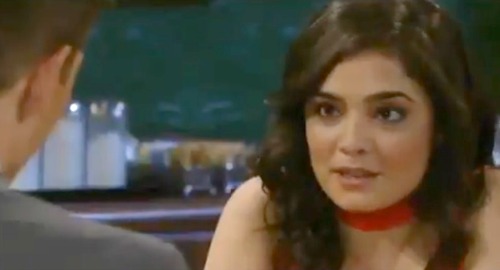 At the gallery, Ava (Maura West) will feel like Nelle’s setting herself up for disaster. She recently tried to warn Nelle about creating unnecessary trouble. Ava thinks Nelle can get what she wants by sitting back and doing nothing, but Nelle can’t wait around to find out. She intends to rev up her plot to take down Carly (Laura Wright).

Ava will attempt to talk Nelle out of it, but her plea will fall on deaf ears. General Hospital spoilers say Ava will eventually go for plan B. If Nelle’s moving forward with her scheme, Ava wants no part of it. She’ll make it clear that she can’t be connected to this in any way. Ava’s got a good thing going with Griffin (Matt Cohen) and she doesn’t want to mess it up. 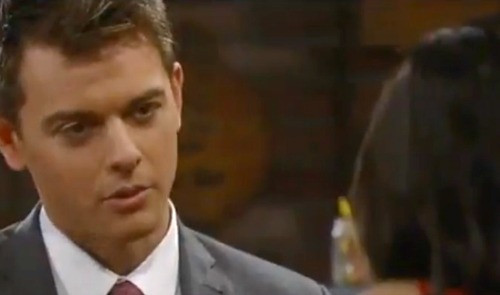 When Griffin overhears the end of their conversation, he’ll become curious. Griffin will worry about Ava falling back into old patterns, but she’ll undoubtedly come up with an excuse to satisfy him. More obstacles are looming for this couple, but they have a bit more happiness headed their way first.

At the construction site, Sam (Kelly Monaco) and Liz (Rebecca Herbst) will try to get down to the basement. They’ll become frustrated when the entrance is jammed, but Sam will vow to find another way inside. Meanwhile, Franco (Roger Howarth) and Drew (Billy Miller) will face the crisis together. Drew will use his intuition to help them stay alive!

Across town, Jim Harvey (Greg Evigan) will tackle Detective Chase’s (Josh Swickard) questions. He’ll be on the hot seat as he’s asked about Drew and Franco. Jim will insist that he has no idea where the guys went. He’ll point the finger at Franco again, but Chase may mention the ring Sam found in Jim’s room. The crafty detective will do whatever he can to trip Jim up.

In Jim’s Buffalo office, Curtis (Donnell Turner) and Jordan (Vinessa Antoine) are in for a shock. As they aim their guns, General Hospital spoilers say they’ll encounter someone or something surprising. This storyline has been full of unexpected moments, so keep watching for more.

Which hot plots and characters are you loving right now? We’ll give you updates as other GH news comes in. Stay tuned to the ABC soap and don’t forget to check CDL often for the latest General Hospital spoilers, updates and news.