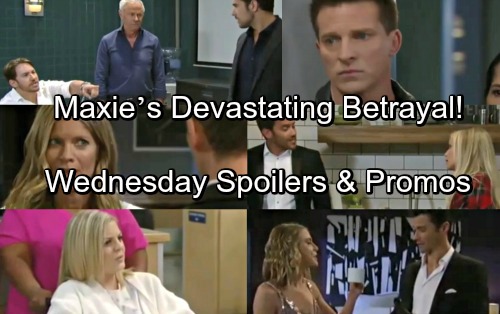 General Hospital (GH) spoilers for Wednesday, May 23, tease that Maxie (Kirsten Storms) will battle some confusion. At GH, she’ll be wheeled out of her room briefly and it looks like she’ll run into Peter (Wes Ramsey). Jason (Steve Burton) bashed him in the head to get his gun away, so maybe Peter will be examined as a precaution. It appears Maxie will wonder why in the world Peter’s in handcuffs.

Once Maxie gets updates on Peter’s true identity, she’ll face a whirlwind of emotions. She’s sure to be shocked, furious and deeply saddened. Maxie won’t be the only one dealing with Heinrik drama. Dante (Dominic Zamprogna) just revealed the truth to Lulu (Emme Rylan), who’s feeling awfully duped right now. Lulu will hate that she let herself fall for Peter’s selfish tricks. 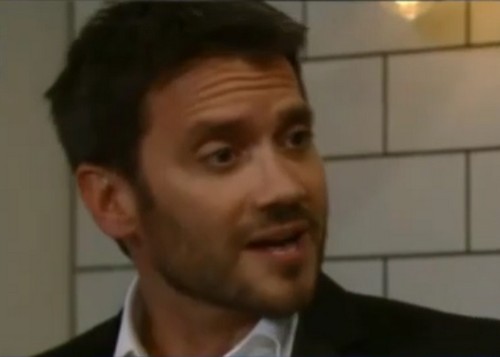 As they discuss Lulu’s actions, Dante will grow increasingly agitated. He’ll finally lash out at Lulu for confiding in the guy who set her up. The last thing Lulu needs is for anyone to make her feel worse, but Dante just won’t be able to control his frustration. He’s been warning Lulu about Peter for months.

Other General Hospital spoilers say Nina (Michelle Stafford) will explode at Valentin (James Patrick Stuart). He knew she was investigating Peter, but he constantly downplayed her concerns. Nina will be livid at Valentin for choosing Heinrik over his family. 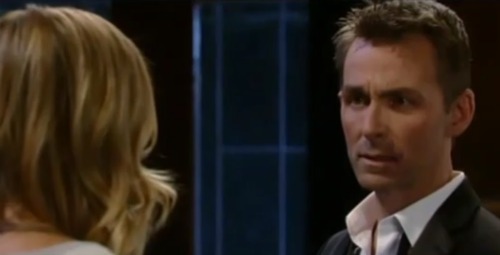 Valentin will spill Peter’s sob story, but Nina won’t care about any of that. She’ll suggest there’s no way she’s going to feel sorry for Peter August. It’s clear that Nina and Valentin’s marriage is on the rocks. Valentin could lose Nina for good if she can’t get past his betrayal.

Later, Peter will have an outburst at the police station. He’ll want to press charges against Jason for trying to kill him. Robert (Tristan Rogers) will probably tell Peter to shut up and be glad he’s alive. Peter’s the one who drew his gun first anyway. Over with Finn (Michael Easton), he’ll reassure Anna (Finola Hughes) about her son. Finn will just hope to make her feel a little better about the situation. 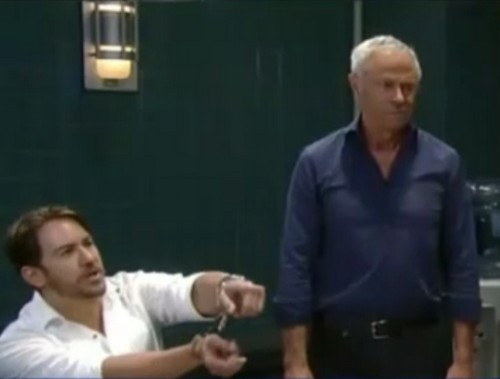 Meanwhile, Kiki (Haley Erin) will head up to Griffin’s (Matt Cohen) room. She doesn’t want to go home, so she’s been downing drinks in an empty ballroom. Griffin will decide they should take their pity party upstairs, but that’ll lead to some temptation. General Hospital spoilers state that more alcohol will be consumed, so that’ll certainly impair Griffin and Kiki’s judgment.

There’s a good chance they’ll hook up soon. After Kiki and Griffin share their problems, they may hit the sheets and bring some sizzle to the ABC soap. We’ll keep you posted as other news comes in. Stay tuned to GH and don’t forget to check CDL often for the latest General Hospital spoilers, updates and news.