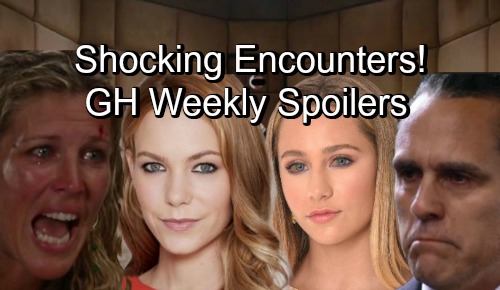 General Hospital (GH) spoilers for the week of June 11-15 tease that some startling moments are on the way. For starters, Carly (Laura Wright) will face some highs and lows in court. She’ll be relieved when the judge sides with Diane’s (Carolyn Hennesy) insanity defense, but a tough blow’s looming. Carly will be sent to a much harsher facility than she’d hoped for.

Margaux (Elizabeth Hendrickson) won’t pull off a win in court, so she’ll have to be satisfied with Carly’s Ferncliff sentence. Jason (Steve Burton) will do his best to fix this mess for Carly, but he’ll make time for coffee with Sam (Kelly Monaco) first. General Hospital spoilers say they’ll have a nice chat and hopefully get a little closer to their reunion. 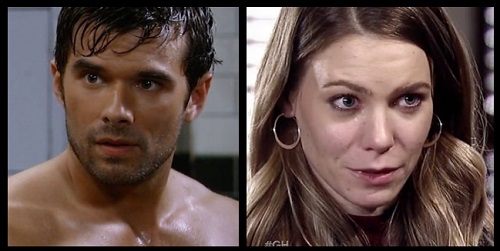 Over with Nelle (Chloe Lanier), she’ll get a real shock. GH fans know Nelle’s from Florida and Chase (Josh Swickard) lived there for a while, too. Their paths crossed back then, so trouble’s brewing. Chase may have been involved in investigating Nelle, which means there could be a surprising threat ahead.

Other General Hospital spoilers state that Alexis (Nancy Lee Grahn) will confront Valentin (James Patrick Stuart). She found a silver watch in the envelope he passed along, so she’ll wonder how that’s supposed to help her. Alexis will demand answers from Valentin soon enough. Let’s hope he’ll stop playing games and offer the full scoop on Mikkos (John Colicos). 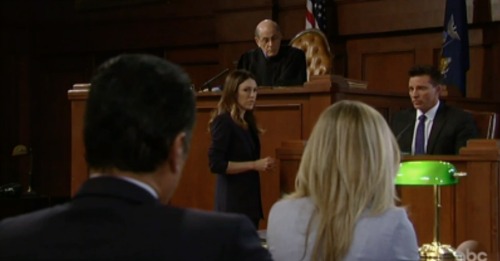 Elsewhere, Kiki (Haley Erin) will be a bit jumpy. She may have another run-in with Dr. Bensch (James DePaiva), who was cleared of any wrongdoing by HR. If the doc suspects Kiki is going public, he may warn her about the consequences. Kiki will certainly be rattled if that’s the case, but Alexis will probably keep her focused on bringing Dr. Bensch down.

Meanwhile, General Hospital spoilers say Mike (Max Gail) will spill a few more secrets. He’ll confide in Sonny (Maurice Benard) this week, so there’s a chance more Croton info will come out. Sonny would definitely like to figure out where the gun and body went. Mike may not offer exact details yet, but Sonny could at least get some new clues.

It sounds like GH has loads of hot drama coming up. We’ll give you updates as other news emerges. Stay tuned to the ABC soap and don’t forget to check CDL often for the latest General Hospital spoilers, updates and news.