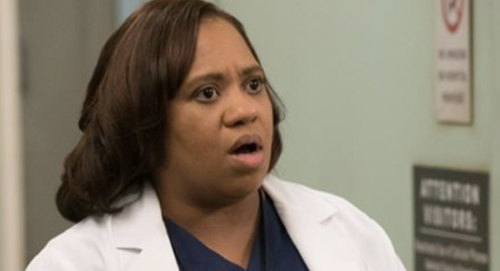 Tonight on ABC their hit drama Grey’s Anatomy returns with all-new Thursday, April 12, 2018, season 14 episode 19 and we have your Grey’s Anatomy recap below. On tonight’s Grey’s Anatomy season 14 episode 19 called “Beautiful Dreamer” as per the ABC synopsis, “An agent from ICE shows up at Grey Sloan in search of an employee who may be working in the U.S. under DACA. Alex’s patient Kimmie wants to leave the hospital to enjoy her final days, but Alex feels differently. Meanwhile, Arizona treats Matthew Taylor’s baby and April wants to do whatever she can to help.”

Maggie was still upset at Jackson. Jackson hadn’t told his girlfriend that his ex-wife jumped him or at least tried to jump him when she was going through a hard time and so Maggie had had to find that out from another source. She had to hear it from April who hadn’t known that Maggie and Jackson were now a thing and that made Maggie question if Jackson was ever going to mention anything to her, but Jackson didn’t feel like he had to. He said it wasn’t a big deal and he hadn’t wanted to turn it into one. Jackson also didn’t understand why Maggie was so upset and that led to him making things even worse between them.

Jackson called Maggie petulant when she didn’t forgive right away and she hadn’t liked that word. She didn’t feel like she was being childish and so Jackson was only upsetting her even further when he called her petulant however Maggie later revealed what was her biggest problem. She said she didn’t like how easy it was for him to lie to her by omission. It told Maggie what sort of person Jackson was and that person’s loyalty didn’t lay with her. Maggie had then walked away from Jackson before they could argue it some more and unfortunately, she found a different sort of argument.

Maggie had entered the Dreamers debate. She found out that an ICE Agent had shown up at the hospital looking for Sam Bello and that Bailey had run an EKG on Agent Fields though Maggie thought she had been called in to help stall this man when it turns out he actually needed help. He had shown worrisome signs of a heart blockage and Maggie could see from his EKG results that he was at risk of a heart attack. So Maggie informed Agent Fields that she had to perform surgery on him and he had asked if she was serious. He wasn’t sure if they were trying to scare him in order to stop him from speaking to Sam and he had been told that “no” his condition was serious.

The agent could suffer a heart attack at any moment and so Agent Fields had to call that in. He had to tell his bosses that he needed an emergency procedure and that they would have to send someone else to replace him, but before he did that, he had told them why he wanted to talk to Sam. Sam had been a model Dreamer. She graduated at the top of her class and had done everything right her entire life until one day she made a mistake. Sam had had back to back surgeries and had been on call for thirty-six hours straight when she ran a red light. She drove on the yellow and hadn’t known it changed until Agent Fields informed Bailey otherwise.

It was one mistake and a minor one at that in a lifetime spent making good choices. Sam had felt bad about that and she hadn’t wanted to go back to El Salvador because one of mistake yet she couldn’t marry DeLuca because that wouldn’t have stopped her deportation and so they tried to come up with another plan. DeLuca said that they could cross the border into Canada. He mentioned how he had a buddy up there and that he could go with Sam, so Sam was going to go with that plan and Meredith told her not to. She told Sam that if she ran then she would be the criminal that ICE was trying to make her out to be.

Meredith had promised she could find another way that didn’t require breaking the law and in the meantime, both Maggie and Bailey helped Agent Fields. Fields wasn’t a bad guy. He had gone into the agency wanting to help put away bad people because he grew up watching westerns in which the sheriff helped saved the town and so Fields said the job didn’t make feel like that anymore. He said that nowadays he was waiting outside of schools and hospitals when it didn’t use to be like this. It just changed under the political climate and so both sides of this one issue had hated what was happening.

DeLuca had gotten so upset about Sam possibly being deported that he initially blamed it all on his sister, Carina. Carina hadn’t liked his girlfriend and had called Sam a stalker because she believed Sam followed DeLuca to Seattle which looking back might have merely been a joke. Carina cared about her brother and she had been hurt when he accused her of such a heinous thing. She would never try to deport anyone and had never thought DeLuca(her Andrea) could believe she was capable, but Carina had gotten some space from him following that accusation and was able to return her focus to her study with Arizona.

Arizona and Carina were working together on how to flower postnatal mortality rates and she had seen Arizona blow things out of proportion. Like how Arizona wanted a crash cart on the floor as well as everything else imaginable because of a mother showing no signs of distress. Carina had tried to tell Arizona she had nothing to worry about and Arizona couldn’t see it at the time because she remembered what happened to Matthew. Matthew was back at the hospital with his daughter who was showing signs of failure to thrive and Matthew was remembering the last time he was there because his wife had died after giving birth to their daughter. And so Matthew couldn’t lose his daughter now as well.

Matthew had been very respectful when he said he wanted another doctor to check on Ruby. He hadn’t wanted any reminders and so Arizona had understood. She got Owen to cover for her with Matthew and had tried not to lose another mother at the hospital by being overly cautious. She had demanded that cart is on the floor and it hadn’t been needed for the mother she had in mind though another mother had ended up needing it before long and so that solved their problem. Arizona realized as long as a crash cart was on each floor that no other mother would have to die and, once she stopped being proud of herself, she asked Carina if she was staying.

Carina wasn’t that big on commitment and still, she decided to stick around for a while because she liked what she had at the hospital and with Arizona. But it wasn’t Arizona that figured out what was wrong with little Ruby. That had been April who also felt like she had a hand in Matthew losing his wife and so she told Owen what to look for. He didn’t know because he wasn’t a father and finding out that the little girl had something easily fixed had put everyone at ease. It had gotten Matthew willing enough to talk to April and it had also managed to convince Owen that he wanted to foster a child. He always knew he wanted to be a parent and now he realized he could do it by himself.

Sometimes even the hardest problems have the easiest solutions and so Meredith was able to fix Sam’s problem as well. Sam just learned that she had been accepted for a prestigious fellowship in Zurich and that she would be studying under Dr. Yang. Meredith had called in some favors to get Sam that fellowship and it could mean Sam leaving the country under her own volition. It didn’t have to mean that Sam could never come back and so all it meant was that she was leaving for something better yet she hadn’t wanted DeLuca to come with her. She thought DeLuca deserved his chance at a life in the States and therefore she ended things because she didn’t want him to be as limited as she was.

That had broken DeLuca’s heart however it had also shown Maggie that she shouldn’t keep pushing Jackson away because some people didn’t get to be with the ones they love and so she fix things with Jackson. Only Jackson still had a problem. He learned a doctor hadn’t wanted to work with Amelia on something that could save children’s lives because of an agreement she had with Harper Avery and had tried to fix that by releasing Dr. Rebecca Froy from that agreement. And so, unfortunately, Jackson was at home believing everything was ok while his mother Catherine was adjusting to the fact that her son had ruined them all with what he did. It seems to release Froy from the legal repercussions had some blowback!

And it hadn’t even helped Kimmie Park because the kid wanted to spend the last days of her life living that life, so she decided to stop chemo and left the hospital!