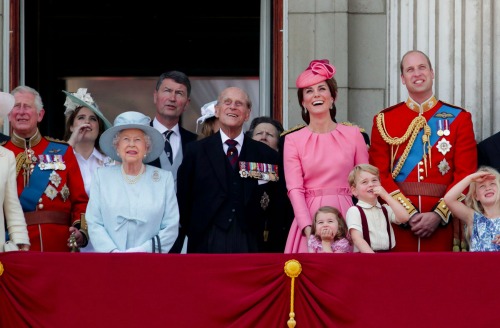 Is Kate Middleton jealous that Prince Harry and Meghan Markle are vacationing in Lake Como, Italy with Hollywood’s elite.?As a matter of fact, there’s a new report that says the Duke and Duchess of Sussex are currently enjoying a well-deserved summer holiday with George Clooney and his wife Amal Alamuddin at their Italian estate.

According to reports, Prince Harry and Meghan Markle are enjoying quality time with their good friends in Italy as they take off from their royal duties for a few weeks. Prince Harry apparently has always maintained a low-key friendship with the Hollywood actor and his wife, as the couple were even invited to Harry and Meghan’s royal wedding at Windsor Castle back in May.

Reports say that Harry and Meghan are staying at the celebrity couple’s retreat in Italy and are even helping look after George and Amal’s 14-month-old twins, Alexander and Ella. Harry, meanwhile, is supposedly spending some time relaxing, playing basketball and enjoying a little time under the Italian sun.

For someone like Kate Middleton, who always loves rubbing elbows with the Hollywood elite, this sounds like an ideal vacation. But instead of spending time with the Clooney’s in Italy, the Duke and Duchess of Cambridge have spent the last several weeks holed up at the private Caribbean island of Mustique.

Now, no one knows what Prince William and Kate Middleton have been doing on vacation with their family, but one thing is for certain: Prince Harry and Meghan Markle are enjoying the perks of having well-connected friends. But then again, Meghan is a former Hollywood actress herself and Harry has a small and private group of friends back in Los Angeles.

The Duchess of Cambridge has always loved hanging out with the Hollywood elite, but unfortunately, her husband Prince William just doesn’t run in the same social circles as his brother. But then again, Harry has always been known as the life of the party whereas Prince William would rather stay as far away from the limelight as he can. As much as Kate would love to be in Lake Como, it’s just not in the cards for her.

So far Kensington Palace has not made any comments about Prince Harry and Meghan Markle’s vacation in Italy, or their friendship with George Clooney and Amal Alamuddin for that matter. In the meantime, don’t forget to check back with CDL for all the latest news and updates on Prince Harry, Meghan Markle and the rest of the royal family right here.