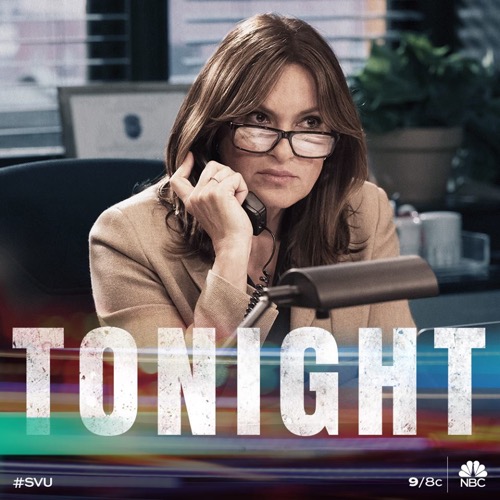 Tonight on NBC Law & Order SVU returns with an all-new Wednesday, May 16, 2018, episode and we have your Law & Order SVU recap below.  On tonight’s Law & Order SVU season 19 episode 22 as per the NBC synopsis, “An Alzheimer’s patient claims she was raped, but her illness casts doubt on the case. Meanwhile, Fin’s sergeant orders come in.”

Liv calls Fin into her office. She is upset that she had to hear it from someone else. She loves that he has always had her back. She congratulates him on his promotion.

Stone walks with his daughter through the park. Meanwhile, a woman at a senior home enjoys cookies and Frank Sinatra. Later, she tells her nurse she already took her meds. She forgets what day it is. She tells her she was raped.

Rollins and Carisi come to visit the 82-year-old Maddy. They are told by the nursing home that she has dementia but they want to be safe than sorry. They sit and talk to Maddy. Her daughter is with her. She recounts being raped in her room. Carisi asks the doctor for a list of employees. The doctor also offers video footage of the common areas. They bring Maddy to the hospital.

While they wait, Rollins and Liv talk to Maddy’s daughter. The nurse comes to see them and tells them that Maddy doesn’t appear to have been raped. Later, Maddy’s daughter comes in and tells Rollins that her mother had been sedated. She had to stay the night with her. She was a wreck.

The next day, Rollins visits Maddy and her daughter for lunch at the nursing home. Maddy becomes aggressive and angry. She talks about a Max. Rollins and Carisi start looking into a Max. They learn he was a professor who used to come into Maddy’s bakery years ago when she was still working. They track down Max on a park bench.

They bring him into the station. He sits and talks with Rollins. He admits that he was in love with Maddy before he got married. Rollins asks him why he stopped going to the bakery 50 years ago. He tells her he made love with Maddy in the kitchen. She felt so guilty she told him they couldn’t see one another again. That was 50 years ago and he hasn’t seen her since. He is upset. Rollins tells Liv he is a teddy bear.

They bring Maddy in to identify the man in a line-up. She doesn’t point out Max. After, Max bumps into Maddy in the hall. She doesn’t know who he is.

Carisi and Rollins get called. Another senior citizen has been raped. She ids him as Dan. Rollins and Carisi realize that the man is a temp who stole the id of a dead man. They draw a connection between him and Maddy. She must have been confused about the cookies because Dan works in the kitchen. Carisi and Rolin’s interview everyone. No-one can give them much on Dan.

They finally track down some information and realize that Dan is Henry. They go to his house where he lives with his celebrity mother. They cuff him and bring him down to the station. They threaten him. They will know the truth when the rape kit comes back.

Liv goes to see Fin who is now a sergeant. She gets a call. Her rape victim has died. Their only hope is Maddy. Liv shows her pictures. She is scared when she sees Henry’s photo. She begins to cry.

Liv and Stone bring Maddy to meet the judge. Maddie is not coherent enough. They dismiss the case. Stone hints at letting the press know. More women come forward. They go to arrest Henry. He has a breakdown, telling his mother that he wished she loved him.

Max comes to see Maddie. He brings her flowers.

Liv arrives back at the station. Fin is there. He was transferred back.