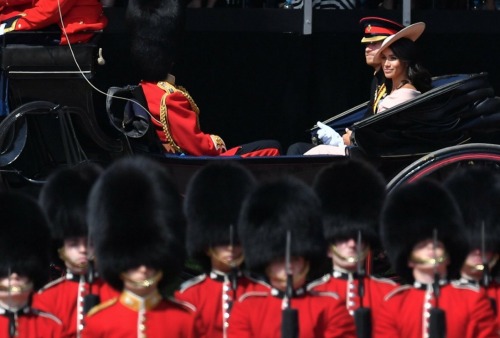 Meghan Markle is already being accused of breaking an important royal wardrobe rule at the Trooping of the Color event in London on Saturday, June 9. The new Duchess of Sussex wore an off-the-shoulder dress, which a lot of royal critics say does not follow protocol.

Meghan wore a bespoke Caroline Herrera dress that managed to turn plenty of heads. In comparison, Meghan’s sister-in-law Kate Middleton wore an Alexander McQueen dress that was much more conservative, as it not only covered her chest, but was also long-sleeved.

While many fashionistas agree that Meghan’s dress looked both modern and sophisticated, it might have been a little too much for this royal occasion. Meghan didn’t seem to mind the attention though, as she looked both relaxed and comfortable with her new husband Prince Harry by her side. Fashion rules were made to be broken, after all.

Of course, this is a move that Meghan Markle’s sister-in-law and style icon Kate Middleton would never make. At least not right now. Even though the Duchess of Cambridge has worn controversial hemlines in the past, she would never provoke the Queen by wearing an off-the-shoulder dress. She’s learned her lessons. Clearly, Kate knows that she can’t get away with such obvious attention-seeking moves anymore. 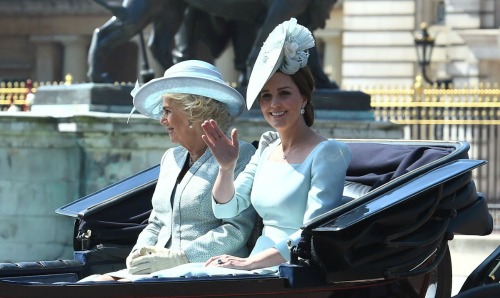 But then again, Meghan has always proven that she’s not like the rest of the British royal family. While she did turn quite a few heads when she wore sheer panty hose – something that Kate has worn in public several times in the past – during her first royal engagement with Prince Harry and Prince Charles soon after her wedding, it’s pretty clear at this point that she’s doing things her way, regardless of what others have to say about it.

With that being said though, a lot of royal fans and critics alike agree that Meghan might not go too far, should she choose to continually provoke Queen Elizabeth and the rest of the family like this with her wardrobe choices.