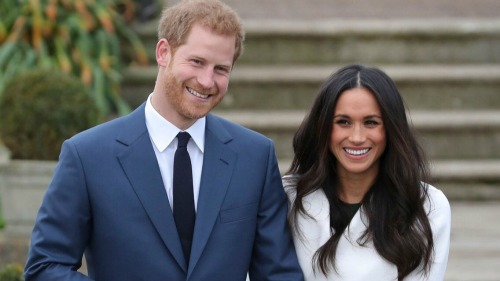 It looks like the British monarchy will be seeing even more members added to their royal family sooner rather than later. New reports tease that Prince Harry and Meghan Markle are so eager to start a family of their own that they are looking to get pregnant in record time.

According to W Magazine, Prince Harry definitely wants to bring even more little royals into the world. And the timing couldn’t be more perfect. His brother Prince William and his wife Kate Middleton already have three small children of their own under the age of 5. With little Prince Louis born just a few short months ago, this would mean that Harry and Meghan’s kids will also be close in age to their cousins and that they would all have an opportunity to grow up together.

As a matter of fact, one royal tipster recently told Entertainment Weekly, “My sources are saying that Prince Harry, particularly, is very keen to start a family, pretty soon after the royal wedding. He’s made it no secret about wanting children.”

Now, no indication has been made that Meghan Markle is already pregnant but as royal fans already know, anything can happen at any time. Seeing just how much the Duke and Duchess of Sussex want to have children, it wouldn’t come as a surprise if Meghan were to announce a pregnancy before the end of the year. Until then, loyal fans will just have to remain on baby bump watch!

Prince Harry and Meghan Markle tied the knot in a lavish wedding at Windsor Castle last month. In the meantime, let us know what you think by leaving us a line with your thoughts in our comments section below. And as always, don’t forget to check back with Celebrating the Soaps for all the latest news and updates on Prince Harry, Meghan Markle and the rest of the British royal family right here!