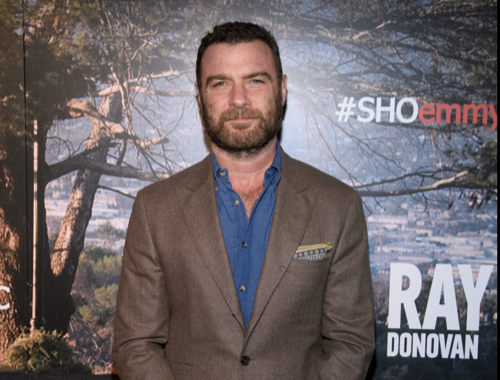 Tonight on Showtime Emmy Award-winning drama Ray Donovan airs with an all-new Sunday, October 28, 2018, episode and we have your Ray Donovan recap down below.  On tonight’s Ray Donovan season 6 episode 1 premiere episode called,  “Staten Island – Part One,” as per the Showtime synopsis, “In the sixth-season opener, Ray is pulled from the East River by police officer Sean “Mac” McGrath. Taken over the bridge to Staten Island, Ray finds a chance at a new life, but it is interrupted when Sam Winslow comes calling.

With the ghosts of his past returning, and his father Mickey plotting something in prison, Ray may not have a choice but to return to his roots”

Tonight’s Ray Donovan season 5 episode 12 finale is going to be exciting.  So be sure to bookmark this spot and come back from 9 PM – 10 PM ET for our Ray Donovan recap.  While you wait for our recap make sure to head over and check out all our Ray Donovan news, recap, spoilers & more!

Ray Donovan begins tonight with an NYPD officer witnessing Ray Donovan (Liev Schreiber) jumping off the bridge and performing CPR on him, reviving him; Ray punches him and the officer knocks him unconscious with the baton and throws him in the back of the cruiser with the other perp, who insists that Ray needs help. He demands to know what they are doing out in Staten Island, but Ray is quickly released from the drunk tank and Lena (Katherine Moennig) wants to know if he is okay. It was Samantha Winslow (Susan Sarandon) who pulled some strings for him.

Sam talks to him about “progress is a lot like war” and that Doug was disposable, and he was a piece of crap that he can’t beat himself up about. She is concerned about him trying to commit suicide, asking him to take some time for himself, but he gets out of the vehicle where he tells Lena to go home without him.

Ray goes to the local bar, where the cop, Sean “Mac” McGrath (Domenick Lombardozzi) who saved him wants to know who let him out. Ray appreciates his help but quickly leaves. He sees the words “Suicide sisters” on the wall across from the bar and fire hall and decides to return to the bar asking if he can call him a cab, but he suggests Ray to call Sam Winslow to give him a lift.

He spoke to his supervisor who told him Ray has friends in high places and says the least Ray could do is buy him a drink for pulling his ass out of the river. They share a drink, but Mac is quickly distracted when his wife comes in and begins arguing with him about him drinking and not getting his son. Mac leaves the bar with a hockey stick and attacks the firefighter who is messing around with his wife. Ray can’t ignore when several of them are beating on Mac; but both of them get pretty beaten.

Ray brings Mac home as he talks about Johnny Caputo (Airon Armstrong), saying firefighters are not saints. When Mac asks Ray why he jumped; he says he followed his wife off the roof; admitting that she died a year earlier of cancer. Mac invites Ray to join him for a drink and to watch the game, telling him that his dad had cancer, but he died before they were able to finish fixing his Harley. He’s furious that he is almost 50 and has to start life all over again.

Outside, the Harley is now fixed and Ray is unshaven with a drink in his hand on Mac’s couch. He looks at his phone and it’s Sam Winslow wanting to see her at the office. He hangs up on her as a woman arrives at the door looking for Fetu Autufuga (Kelemete Misispeka) asking for his comment before they go to press; they know he shared a squad car with him when he jumped off the bridge but no one has been able to find him.

Mickey Donovan (Jon Voight) is picking up cigarette butts in the prison yard as Bunchy Donovan (Dash Mihok) runs out of the court room with his daughter after he is ordered to hand her over to Bailiff Landau (Sidne Anderson). He says they cannot take her away from him and won’t see her only once a week as he is a good father. She tells him this is not the way to do it, and hands her over as she cries, saying they can’t just do this to people; telling them to f*k off.

Ray walks back to the bar where he finds Mac and his son, Jimmy, hoping they can get the bike started today. He learns Jimmy was beaten up today but his mother told him not to fight back. Ray informs him about the reporter who stopped by wanting to know about the “big guy who was in the back seat” and why Mac took them to Staten Island. Ray wants to know if this is a problem for Mac, who reveals he has IA on his ass while he is fighting for custody of his kid; he leaves to go to the precinct and Ray returns to the house. Ray looks at the wall of family photos that are police officers from Mac’s family and he calls Sam, asking if she still needs him.

Mickey plays dominoes while he catches the news talking about Jay White’s (Brian White) latest achievement, producing “Mister Lucky.” He is furious and goes to see the nurse, saying he is not there for medication, explaining he needs a bedpan and she gives him one. He puts all the tobacco into the bedpan and adds water.

Ray goes to Pacific Media, and he is escorted to FeatureFlix where Sam excuses herself to meet with him. She likes the beard and that he put on some weight, informing him that she has a friend who is in a sensitive situation. Her name is Anita Novak (Lola Glaudini) and she is Sam’s candidate for Mayor. Sam wants her to meet Ray to explain what happened to her. Ray tells Sam one of her reporters came by the house; she says she will talk to her editor. He leaves and Sam resumes her meeting.

Ray immediately goes to see Anita, who brings him to her private office; he doesn’t share too much about his life asking her if she’s going to tell her who beat her up. She lied to Sam and he wants the truth. She arranged a meeting with a man, revealing she worked for the DA’s office for 15 years and ran across “Fixers” a few times and isn’t used to one being on her side. She continues to tell the story of meeting this man, who she was having sex with and found out he was recording it; but she has no idea who he really is, she only has an email. Ray goes, saying he will be in touch; contacting Lena who is pissed off he calls her out of the blue.

Daryll Donovan (Pooch Hall) is with Antoine A Shawn Anderson (Donald Faison) at Pacific Pictures, talking about the script. A Shawn introduces Producer, Daryll to Benjamin Carter, the costume designer on set and they all enjoy snorting some cocaine before they look at some designs for Mister Lucky with Jay White, saying he is a method actor, who is acting completely out of control. A Shawn saying he has been studying lions, so that is why he is roaring so much.

Ray returns to the gym where he finds his brother, Terry (Eddie Marsan) training. Ray explains that he is staying in Staten Island, and Mac’s son is getting beaten up. Terry suggests bringing Jimmy in and Ray should come in too as he is getting fat. Bridget Donovan (Kerris Dorsey) is surprised to see her dad, and with a beard. She is there because of Smitty (Graham Rogers) but doesn’t want want to go for dinner, suggesting another time. Bunchy is outside the house that has his daughter, drinking in the car.

Lena sends Ray a text. He sits down on the bench and throws the Yankees hat in the garbage. He goes to the local bar and tells Mac he can bring Jimmy to the club anytime. Mac appreciates that Ray took care of the reporter, but feels if its not this reporter, it will just be another paper. He hands Ray five grand, but Ray thinks it is a bad idea as he can’t go near the guy. Ray asks him for an address, saying he will call him when it is done.

Mickey drinks all the tobacco water and leans against the wall.

Ray goes to the auto shop finding Fetu Autufuga to take the money. He tells Ray that he was there that night and he knows Mac broke the law. Ray calls him a drug-dealer and tells him to take the money. Fetu begins to beat him. Meanwhile, Mickey begins running and doing push-ups until he drops to the floor, his inmate calling for help.

Ray is laying on the side of the street, covered in blood when his cellphone rings. Anita calls him saying she is at the address he sent Sam and she is there but can’t say any more on the phone. He tells her to stay there until he gets there; broken and beaten he walks to 211 Wooster, where she lets him in at 5A.

Ray walks into the apartment and finds the man laying dead on the floor. She says, “It’s bad!” and Ray nods looking at the gun in her hand.