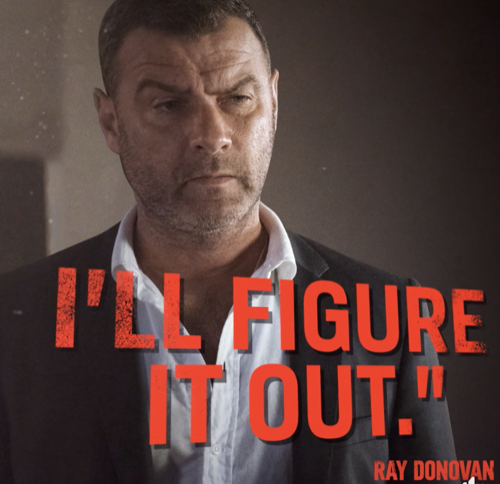 Tonight on Showtime Emmy Award-winning drama Ray Donovan airs with an all-new Sunday, December 16, 2018, episode and we have your Ray Donovan recap down below.  On tonight’s Ray Donovan season 6 episode 8 called,  “Who Once Was Dead,” as per the Showtime synopsis, “Ray works to make things right with Sam.”

Tonight’s Ray Donovan season 6 episode 8 is going to be exciting.  So be sure to bookmark this spot and come back from 9 PM – 10 PM ET for our Ray Donovan recap.  While you wait for our recap make sure to head over and check out all our Ray Donovan news, recap, spoilers & more!

Ray is dreaming, he sees a photo of himself as a child and on the back, it is written forgive yourself, then he sees Mickey who says good luck with that. Ray wakes up when someone pours water on his face which is bloody, a man is standing above him and says that Sam Winslow needs this stop. Ray asks the guy who he is and he replies that he is the last person he is going to see if he crosses Sam again. The guy tells Ray that he owes Sam 3 million dollars to which Ray replies FU and the guy knocks Ray out again.

Bunchy is running, he throws a kid off his bicycle and steals it, he chases a car with a woman in it, he knows she has his money.

Terry walks into the bar in Boston for a drink, wants to go home with his ex.

The woman in the car was Sandy and Bunchy drives to the hotel, he demands to have his money back, he shouts at her that he lost everything because of her, his chance at freedom, his father, his daughter; her mother took her. Sandy tells him the money is in the fridge, she only took twenty thousand, she bought Maria a gift. Bunchy and Daryll leave the motel. Bunchy is outside, he calls Teresa and tells her he has something that will change her and Maria’s lives. Bunchy hangs up and tells Daryll he is going to give Maria all the money, he goes back into the motel and asks Sandy for the gift, it is a bracelet.

Mickey is wondering around outside, then he covers his hand with material and breaks the glass to get into the house to find a box filled with old army clothes, photos, and dog tags. He put on his dog tags, and the jacket looks in the mirror.

Ray calls Lena, tells him that Nick is in Boston and he needs the money. Lena tells him to get it himself. There is a knock on the door, time is running out for Ray, he needs to get Ferretti on tape.

Bridget goes to the campaign office and Barbara tells her she is off the campaign, her internship is over. Bridget is furious, she knows this is about her dad. She asks Novak if it is because she slept with her dad.

Ray is parked when he sees Sam pull up and opens the car, tells her he needs to talk. He tells her he is going to get her the money back but he knows what she wants and she is going to have to trust him, he is going to take Ferretti down. Sam asks about Anita, Ray says he will cross that bridge when he comes to it. Sam calls him delusional, she says she wants her money and then she wants him out of the city. Ray swears to her that she is making a mistake and it is going to go down anyway, Sam says it is not.

Bridget is at Terry’s apartment, she knocks on the door and they go inside. She notices a photo of Abby by the bedside and starts to cry.

While Terry was in the bar, he picked up the bartender and then had sex with her and called her Abby, yikes!

Ray walks into Justine’s apartment and sadly, she is hung up in her bathroom and dead.

Bridget heads to a bar and orders a drink, then two.

Ray is with Lena and asks if Sam is the reason she is dead. Lena tells him that he knows he does this for the sake of his family, but where are they now, even Connor joined the Marines to get away from him. Lena goes on to say that he is going to die alone and he deserves it.

Sandy walks into the house, she finds Mickey in his brother’s army clothes and asks why he is dressed like that. Mickey pulls a gun on Sandy and Daryll. Sandy goes to get a drink and Daryll tells Mickey that he saved his life. Mickey says he betrayed him, Daryll says it wasn’t him, it was Ray. Mickey calls them the scumbag reunion. Mickey wants his money, Sandy says she gave it back to Bunchy. Meanwhile, Bunchy is parked outside and he is texting Teresa that he will be there in an hour. Ray drives up, he tells Bunchy to get out of the car. Ray wants the money, he hits Bunchy when he doesn’t want to give it to him. Ray goes to take the bag and fights Bunchy for it. Ray gets the back and drives off.

Ray brings the money to Sam. He tells her that she didn’t have to kill her, Sam says, “who your prostitute friend?” Then Sam blames the things Ray has done.

Bridget leaves, Ray starts walking down the street and looks very confused. Ray is hallucinating about Justine and when a cop tries to help him, he goes to strangle the cop.

Ray wakes up in a hospital bed, his hands are strapped to the sides.

Terry is in a fight, his opponent is about two feet taller than him. Terry keeps taking hit after hit.

An orderly comes into see Ray and tells him that he is in Grandview psychiatric hospital, and has to give him some medication. Ray tries to refuse, but the guy sticks him with a needle, it calms Ray down.

Terry is down, his opponent is screaming in triumph, Terry gets back up and his hands are shaking from the Parkinsons, he starts laughing.

We see Bridget looking at some photos of Abby and packing her things. Bunchy is staring at Maria’s crib. Sam is in a limo, dressed up for an event.