The Bold and the Beautiful Spoilers: Another B&B Bombshell – Handsome New Avant Comes to Town with Stunning Secret

BY Heather Hughes on May 4, 2018 | Comments: 2 comments
Related : Soap Opera, Spoiler, Television, The Bold and the Beautiful 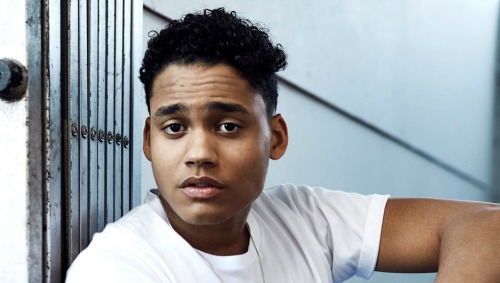 The Bold and the Beautiful (B&B) spoilers reveal that there’s a cast addition in the works. It’s been a while since the Avants were involved in some hot drama, but they’ve got a juicy story coming up. Adain Bradley will appear as a new member of the Avant family. He’ll play Julius’ nephew, Alexander.

Unfortunately, that means Alexander won’t be a love interest for Nicole (Reign Edwards). They’re cousins, so that plan’s out. Of course, there are plenty of other ways for Alexander to get in the mix. According to TV Insider, Alexander is half-British. He’s been living in England with Julius’ brother and his wife.

The Bold and the Beautiful spoilers say Alexander will show up in town on June 12. He’ll catch the Avants by surprise in more ways than one. Alexander may claim he just wants to get to know his American family a bit better. He’ll likely have scenes with Julius, Vivienne (Anna Maria Horsford), Maya and Nicole.

However, a stunning secret will bring another dose of chaos. This B&B family has already faced their fair share of bombshells! When Nicole arrived in Los Angeles, she filled us in on what Maya was hiding. It wasn’t long until everyone learned Maya was transgender. Sasha’s (Felisha Cooper) arrival brought another bomb. She eventually revealed herself as Julius’ secret daughter and the news spread later.

Now that a new Avant’s about to pop up, there’s bound to be more trouble. What’s Alexander hiding and which of the other Avants will it affect most? It’s too early to make solid predictions, but we might as well speculate.

Zende’s exit took him to France, so it’s reasonable to think he might be doing some work in England as well. Does he know Alexander? Could Alexander be in the loop on an affair? Zende might be cheating on Nicole, which could convince her to dump him and live in LA full-time. It’s even possible that Zende has a secret child out there with Sasha or some other woman.

This could be a setup for a Zende recast or it could simply free Nicole up for other man. Again, it won’t be Alexander since they’re related. However, these cousins could form a friendship if he puts the puzzle pieces together and fills her in on some lies.