BY hellodrdavis on June 4, 2018 | Comments: 2 comments
Related : Soap Opera, Spoiler, Television, The Bold and the Beautiful 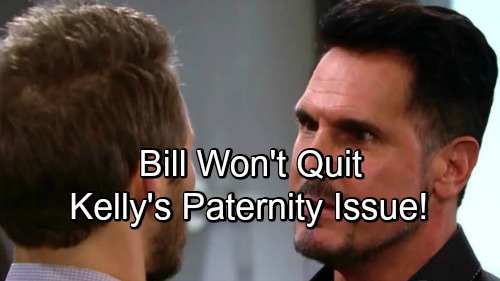 The Bold and the Beautiful spoilers tease that Bill’s (Don Diamont) devious scheme to drive Steffy (Jacqueline MacInnes Wood) and Liam (Scott Clifton) apart will end up a failure and Steam will reunite. But don’t think for a second that Bill will learn his lesson and quit messing in people’s lives. This man is hell-bent on manipulating those around him to suit his twisted needs and desires.

Bill will probably keep stalking Steffy and proclaiming that he and Steffy are “meant to be.” And if you think that Steam can just cut Bill out of their lives and avoid this nonsense, think again. Bill’s got a couple ways he could still make Steam’s life miserable and gain access to Steffy. First, he could mess with the paternity results to make Steam think he’s Kelly’s father. That would certainly derail Steam’s happy reunion. 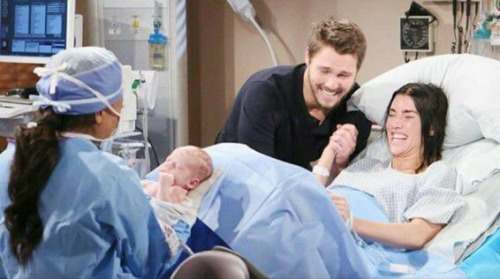 The other way that Bill could stay in Steffy’s life is to use Taylor (Hunter Tylo) as leverage. Bill could easily put Taylor in prison for shooting him. He might hold this information over Steam’s head and demand access to his granddaughter or else he’ll go to Detective Sanchez (Jeremy Ray Valdez) and turn Taylor in. Bill will worm his way into Steam’s life and cause chaos one way or another.

Bill probably has more damage to do to Wyatt (Darin Brooks), too. Bill has taken so much from Wyatt already, but there’s one more thing he could take away: Katie (Heather Tom). Bill made Watie call off their engagement, but the two have still been seeing each other. Bill is so enraged with Wyatt that he could threaten to take custody of Will (Zane Alexander Achor) if Watie don’t stay away from each other completely. 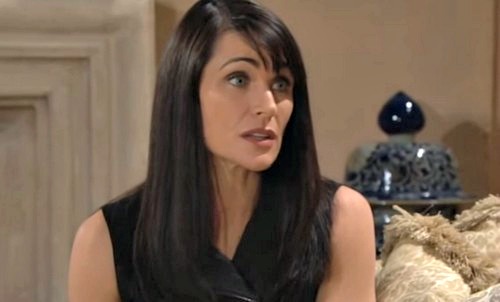 If Bill does mess more with Wyatt, Quinn (Rena Sofer) may get involved. The Bold and the Beautiful spoilers say that Quinn and Eric (John McCook) will soon be tested. Could Quinn seek revenge on Bill for what he’s done to Wyatt? This would probably irk and worry Eric. Leave it to Bill to bring out Quinn’s worst side once again!

What kind of trouble will Bill stir up in the near future? And why can’t he just leave everyone alone? Stay tuned to the CBS soap and don’t forget to check CDL often for the latest Bold and the Beautiful spoilers, updates, and news.