The Bold and the Beautiful Spoilers: Bill’s Sneaky Plan Is in Full Swing – Liam Cover-up First Step Toward Stealing Steffy

BY Kinsley Goldman on April 5, 2018 | Comments: one comment
Related : Soap Opera, Spoiler, Television, The Bold and the Beautiful 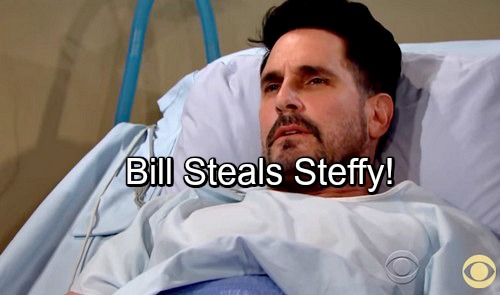 The Bold and the Beautiful (B&B) spoilers reveal that Bill (Don Diamont) may have an ulterior motive. He was outraged when he learned Liam (Scott Clifton) shot him in the back, but he ultimately decided to cover for his son. Bill suggested that Liam’s daughter would need her dad and added that there had already been enough pain in their family.

However, Bill may have another reason for letting Liam off the hook. This could be step one toward winning Steffy (Jacqueline MacInnes Wood) over. B&B buzz says Liam will spill the shooting story to Steffy at some point. Even if he doesn’t, there’s no way Bill can avoid tooting his own horn. He’ll undoubtedly find a way to brag about his seemingly selfless act of forgiveness. 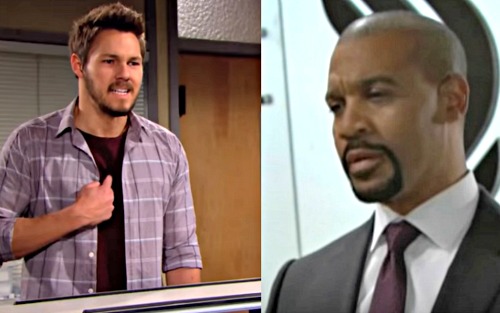 Steffy will indeed be grateful that Bill chose to protect Liam instead of sending him to prison. This could definitely ease the tension between Steffy and Bill. That may be exactly what Bill had in mind when he did it. He must’ve known Steffy would be livid if he let the cops throw Liam in the slammer. That decision would’ve affected both Steffy and her little girl.

Bill would’ve eliminated the competition, but it wouldn’t have worked out for him in the end. Throwing Liam behind bars would only turn Steffy against Bill, so it was wise to go for another strategy. Since Hope’s (Annika Noelle) around and could potentially steal Liam’s heart, Bill just needs to sit back and let the love triangle blow up. They just might do all the work for him! 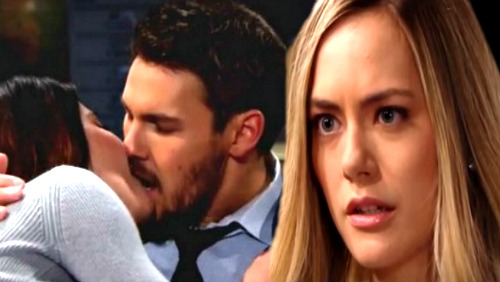 The Bold and the Beautiful spoilers say Hope will pose an interesting idea to Steffy on next week’s new B&B episodes, April 9-13. She’ll drop a hint about Bill getting sneaky to win Steffy back. Hope will certainly believe Bill has a hidden agenda. B&B fans can expect Steffy to balk at the notion, but there could be some truth to it. No one would be surprised if Bill turns out to have a secret plan in play.

Do you think Bill let Liam slide in an effort to impress Steffy? Is he trying to make progress with the woman he loves? If Liam chooses Hope down the road, could Bill actually secure a future with Steffy? We’ll give you updates as other Bold and the Beautiful news comes in. Stay tuned to B&B and don’t forget to check CDL often for the latest Bold and the Beautiful spoilers, updates and news.