The Bold and the Beautiful Spoilers: Bill’s Threat Turns Liam Away from Steffy – Broken Wife Leans on Father-in-Law Again

BY Heather Hughes on April 11, 2018 | Comments: one comment
Related : Soap Opera, Spoiler, Television, The Bold and the Beautiful 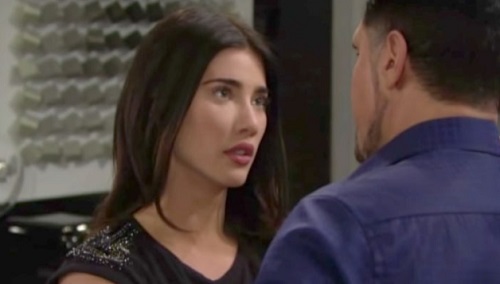 The Bold and the Beautiful (B&B) spoilers tease that Bill’s (Don Diamont) veiled threat will lead to more trouble. In Monday’s B&B episode, Bill implied that Liam (Scott Clifton) would have to trade Steffy (Jacqueline MacInnes Wood) for his freedom. Naturally, Liam will continue to seethe over the suggestion. He’s been leaning toward Hope (Annika Noelle) lately, but he doesn’t like Bill’s grip on him.

However, Liam may accept the situation once he’s had some time to reflect. He may determine that handing Steffy over to Bill would be for the best. After all, Liam has a daughter to think about. His little girl will be here soon and that means his choices will affect her. The last thing Liam wants to do is get thrown in prison for shooting this kid’s rotten grandpa.

The Bold and the Beautiful spoilers say Steffy will remain determined to win Liam over, but she could find it a bit tougher over the next couple weeks. Bill may be part of the reason, but Hope will also keep working on Liam’s heart. They’ll team up on the Hope for the Future project later this week, so Hope will have another chance to grow closer to her ex. 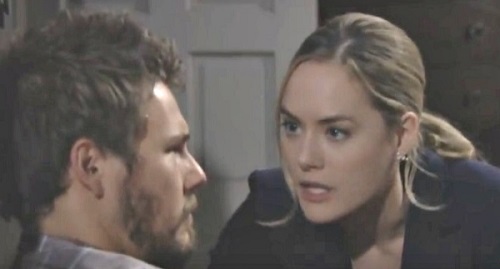 Naturally, Hope will use every moment wisely. She’ll want to convince Liam that Steffy would only bring more pain to his life. Liam may confide that Bill’s trying to blackmail him, so that could bolster Hope’s argument. She might point out how much is at stake and beg Liam to just give Bill what he wants.

Later, Liam’s attitude will catch Steffy off guard. Will he display a sudden coldness toward her? Will some of his old rage bubble back up? In light of everything that’s going on with Bill, Liam’s anger could indeed resurface. Hope may succeed in turning him against Steffy once more.

Liam may be reminded that Steffy’s the one who led to his current difficulties. She couldn’t fight temptation and everything snowballed from there. Of course, Liam played a role in all this since he shared a smooch with Sally (Courtney Hope). That led to Steffy’s hookup with Bill, but Liam didn’t make her choice that night.

Besides, a kiss with an admirer is nothing compared to sex with your husband’s father! Regardless, Steffy will sense that she’s losing Liam. The Bold and the Beautiful spoilers say Bill may use this to his advantage. Steffy will be hurting, so Bill will probably hope he can slide right in and comfort her like before.

B&B fans won’t want to miss all the action ahead. We’ll give you updates as other news comes in. Stick with the CBS soap and don’t forget to check CDL often for the latest Bold and the Beautiful spoilers, updates and news.