The Bold and the Beautiful Spoilers: Comings and Goings – Big Comebacks and a Temporary Departure – Zoe the Troublemaker Debuts 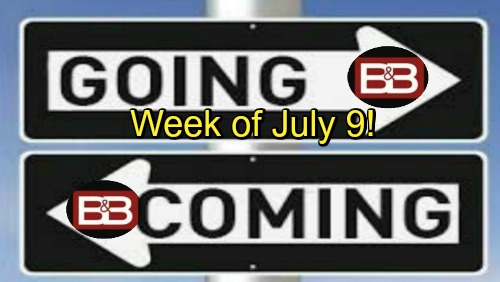 The Bold and the Beautiful (B&B) spoilers reveal that there’s some comings and goings news to pass along. For starters, we should discuss a big debut. There’s been plenty of buzz about a B&B newcomer and she’s finally set to appear this week. Kiara Barnes will first show up as Zoe on the new B&B episode Monday, July 9. She’ll make a splash right away thanks to the iced tea she spills on Emma (Nia Sioux).

Zoe will apologize for bumping into her, so Emma will decide to give her a pass. They’ll start chatting and exchange introductions, so they’ll be on the verge of a friendship. Too bad Zoe’s secret will derail their potential bond! 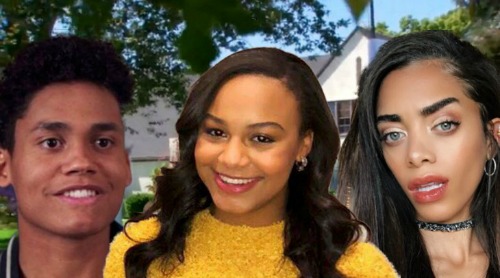 The Bold and the Beautiful spoilers say Zoe is Xander’s (Adain Bradley) former flame, which means a fierce rivalry will kick off soon. Emma won’t be happy once Xander’s ex makes a play for his heart again. Obba Babatunde will also make an appearance as Julius this week, so maybe Xander will need some advice. It’s clear that he’s got some girl trouble in his future.

Other B&B spoilers say Thorne (Ingo Rademacher) and Katie (Heather Tom) will call in reinforcements. If they want to catch the person threatening Hope (Annika Noelle), they need someone with the right skills. Fortunately, a familiar IT guy named Ken (Danny Woodburn) will pitch in. He’s usually Bill’s (Don Diamont) go-to tech geek, but he’ll be helping out Forrester Creations this time. 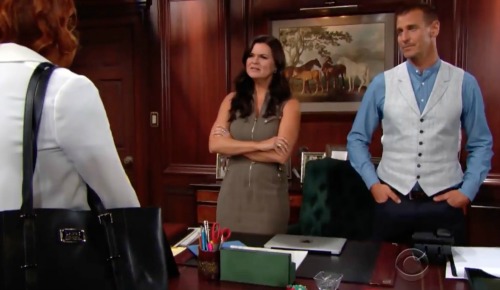 Ken will follow the trail and determine that Sally (Courtney Hope) seems to be the culprit. However, Sally will insist that she’s innocent. Did someone frame her? There are some sneaky folks at Forrester, so that’s certainly an option. If not, maybe Ken will simply be off his game. He could even be covering for Bill. Regardless, Katie and Thorne need to keep searching if they want real answers.

In other news, Karla Mosley’s (Maya) taking a break from The Bold and the Beautiful. She’ll be on an extended hiatus as part of her maternity leave. Mosley revealed her temporary departure in an Instagram post, but she promised she’d be back for more drama down the road.