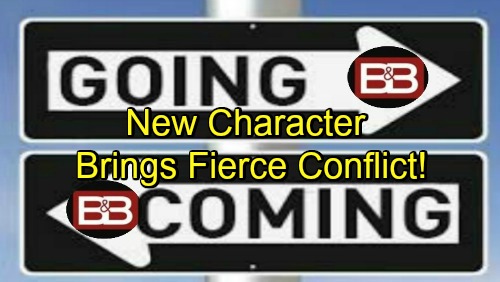 The Bold and the Beautiful (B&B) spoilers reveal that we’ve got some comings and goings news to pass along. First, let’s discuss a recent debut. Zoe Pennington recently took over the part of Kelly, so she was the adorable baby featured during the Thanksgiving festivities. Pennington is a fantastic addition as Steffy (Jacqueline MacInnes Wood) and Liam’s (Scott Clifton) beloved little girl.

Next, we should mention a comeback that’s happening this week. Now that Will’s (Finnegan George) custody chaos is over and Bill’s (Don Diamont) on his “changed man” path, you might be wondering what B&B’s got cooking. They have to keep the drama going, right? The Bold and the Beautiful spoilers say Taylor (Hunter Tylo) will help out with that when she makes an unhinged return.

Taylor will start by worrying about Bill turning her in for attempted murder. He promised he wouldn’t, but there’s no guarantee he’ll keep his word. Taylor will even provoke Bill by confronting him about it, so he’ll get riled and offer Steffy a warning. It’d be in Taylor’s best interest to back off!

Alas, Taylor doesn’t know how to stand down or butt out. She’ll find herself involved in several other rounds of conflict this week, Novemeber 26-30. The Bold and the Beautiful spoilers say Taylor will spar with Hope (Annika Noelle), Liam, Brooke (Katherine Kelly Lang) and anyone else who gets on her bad side.

In other B&B news, Wayne Brady will show up as Dr. Reese Buckingham. Reese is Zoe’s (Kiara Barnes) father, so he’ll happily greet her and hope they can catch up. Zoe will be annoyed by her dad’s arrival, especially when he disapproves of her new career. Reese just won’t think his daughter should be prancing around in underwear for photos. He’ll voice his displeasure and get a hostile response.

Brady described his character and offered a quick preview in the new issue of Soap Opera Digest. “He is a doctor who comes in and charms everyone, but the only person he can’t seem to charm is his own daughter, and the rest will unfold from there.” B&B buzz hints that Dr. Buckingham may help Taylor get a grip eventually, so they’ll have another way to use Brady’s talents.