BY Heather Hughes on May 3, 2018 | Comments: one comment
Related : Soap Opera, Spoiler, Television, The Bold and the Beautiful 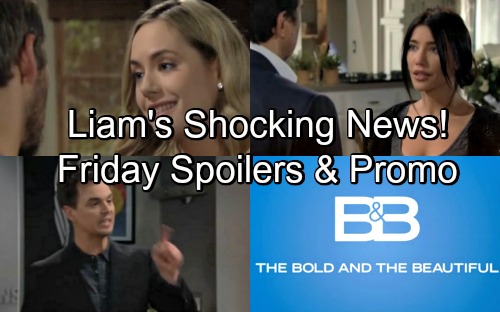 The Bold and the Beautiful (B&B) spoilers for Friday, May 4, tease that Liam (Scott Clifton) will have unexpected news for Hope (Annika Noelle). Thanks to Ridge (Thorsten Kaye) and Brooke’s (Katherine Kelly Lang) heads-up, Hope will assume Liam’s going to break her heart. She’ll fully anticipate a “Steam” reunion announcement.

However, Liam will make an emotional admission instead. He’ll suggest Hope was right about Steffy (Jacqueline MacInnes Wood) hurting him again with Bill (Don Diamont). Liam may not offer all the details, but he’ll make it clear that he’s done with Steffy. He’ll feel like a fool, but Hope won’t want Liam to beat himself up. She’ll insist she can’t stand seeing Liam in so much pain. 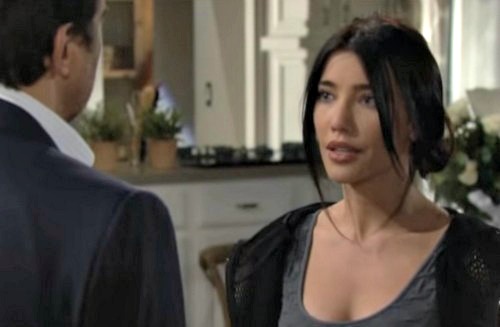 Hope will do whatever she can to make Liam feel loved and supported. She’ll be sorry that he’s devastated, but she’ll obviously be happy about her own fate. Hope will know this means she’ll get another shot with Liam. In fact, The Bold and the Beautiful spoilers say a proposal’s coming up next week!

In the meantime, Wyatt’s (Darin Brooks) outburst will continue at Spencer Publications. He’ll argue that Liam was completely committed to his marriage until Bill interfered. Wyatt will rant about Bill leaving all this destruction in his path. He won’t know how his father could possibly sink any lower. 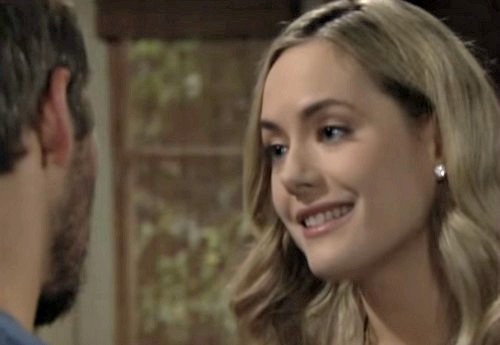 However, Bill will make a promise to his son. He’ll tell Wyatt that someday everyone will be grateful for their altered fates. Over with Steffy, she’ll give Ridge updates on Liam’s change of heart. B&B spoilers say Ridge will be stunned over Liam’s decision to leave her. He’ll urge Steffy to help him understand, but she won’t really get it either.

Steffy will note that Liam thinks there are more secrets between them. He believes Steffy’s still involved with Bill, so he’s not willing to move forward as her husband. The Bold and the Beautiful spoilers say Ridge will immediately blame his enemy. He’ll hope he can figure out what Bill pulled and somehow fix this.

It sounds like another great episode’s on the way. We’ll keep you posted as other B&B details emerge. Stay tuned to the CBS soap and don’t forget to check CDL often for the latest Bold and the Beautiful spoilers, updates, and news.