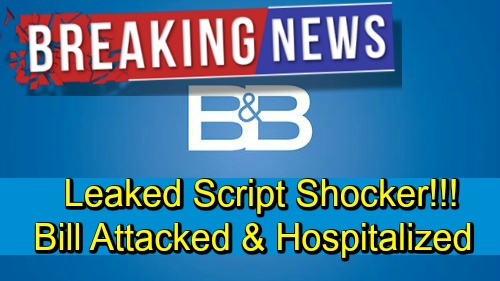 The Bold and the Beautiful (B&B) spoilers tease that more danger and trouble are brewing for “Dollar Bill” Spencer (Don Diamont)! B&B fans know Bill typically heads down dark paths. When he gets obsessed with something, there’s no stopping him. His mission to build the skyscraper of his dream nearly got Liam (Scott Clifton) and Sally (Courtney Hope) killed.

Bill also relentlessly chased Steffy, which led to the destruction of her marriage and quite a scare involving Kelly. Now Bill’s throwing himself into this custody war, so things are bound to spiral out of control. Bill’s been leaning on Brooke (Katherine Kelly Lang) a lot lately. Since it looks like he’ll lose this battle for Will (Finnegan George), that growing bond could bring total disaster.

On next week’s new episodes, October 1-5, Brooke will angrily confront the judge in this case. She’ll corner Judge McMullen (Joe Lando) and demand some answers, so she may figure out that Ridge (Thorsten Kaye) influenced him. That could bring a hit to “Bridge’s” marriage and give Bill legal grounds to challenge the ruling. Ridge won’t be happy if Brooke sides with Bill and helps him regain his custody rights.

If Bill makes another move, that could really rev up the conflict. Brooke’s never been the greatest at resisting temptation. That’s especially true when it comes to Bill. They’ve always had a special connection, so it’s easy for them to fall into each other’s arms. Whether it’s through another kiss or a full-blown hookup, Brooke could become a cheater again. 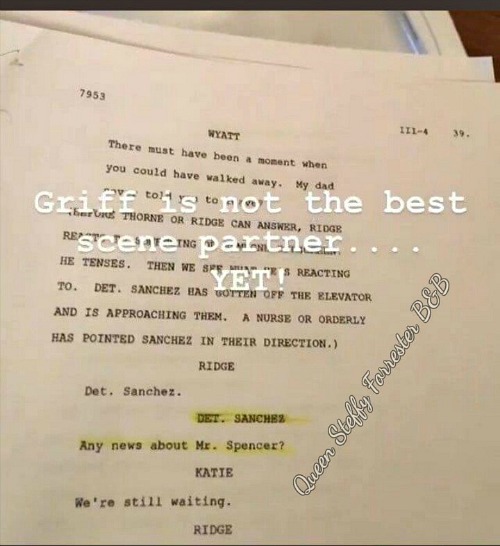 That brings us to a B&B shocker that’s floating around. A leaked script has surfaced (on Queen Steffy – see below) for The Bold and the Beautiful episode 7953 (4 weeks ahead – week of October 22, the week when sweeps kick off!) and it includes some major clues about what’s ahead. The Bold and the Beautiful spoilers say Bill will land back in the hospital! It appears Katie (Heather Tom), Thorne (Ingo Rademacher), Ridge and Wyatt (Darin Brooks) will be discussing an incident in the waiting area.

In this script, Wyatt insists that Thorne or Ridge could’ve walked away. He may be hinting that one of them went too far during an argument. Perhaps a shove will lead to a tumble that leaves Bill seriously injured. Ridge makes the most sense here since there’s so much drama coming up with Brooke.

Detective Sanchez (Jeremy Ray Valdez) will also be back on the scene to investigate. He’ll show up to seek updates on Bill and take some statements. Katie will admit they’re still waiting on news about Bill’s condition. It sounds like he could be in bad shape!