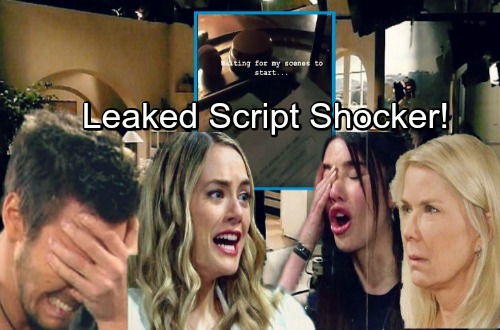 The Bold and the Beautiful (B&B) spoilers tease that Liam’s (Scott Clifton) moving forward with Steffy (Jacqueline MacInnes Wood), but that doesn’t mean he’s leaving Hope (Annika Noelle) behind. These three will remain tangled up in hot drama this summer. Some shocking new leaks guarantee it!

Katherine Kelly Lang (Brooke) recently posted an intriguing Instagram story. She made a short video on set, which included part of her script. The upcoming B&B scene features a “distressed” Hope talking to her mom about something. Brooke asks if Liam said or did something hurtful and Hope replies, “No. Not to me.” That could be a big clue, but let’s discuss the rest of the video first.

Brooke goes on to say something about a “triumph day,” which could indicate some successful Hope for the Future event. Perhaps she’s suggesting that someone tried to rain on Hope’s parade. That could easily be Steffy. We know she was shooting around the same time thanks to the audio of the clip. 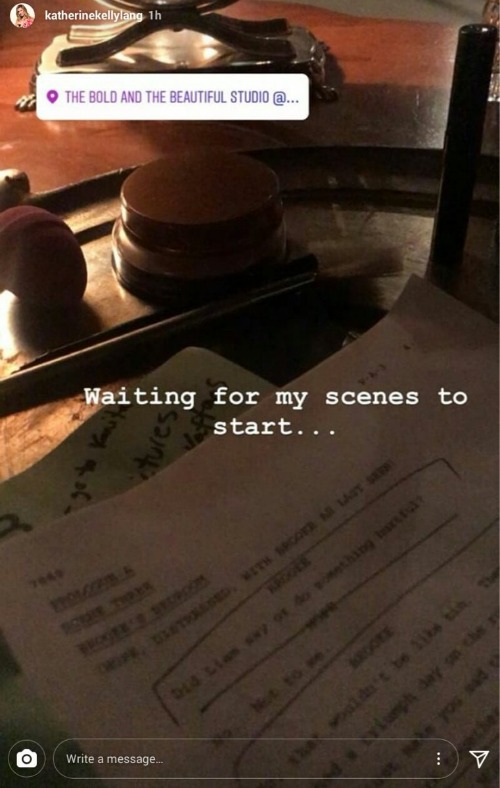 A woman can be heard in the background asking a question. She wonders, “Should Jacqui just be moving in and…” Her voice trails off, but that lets us know that Jacqueline MacInnes Wood enters the picture at some point. The Bold and the Beautiful spoilers say she may come in an earlier scene. Steffy might be the reason for Hope’s distress!

That brings us back to Brooke and Hope’s exchange about Liam. Hope implies that although Liam didn’t do or say anything hurtful to her, he did to someone else. She probably wouldn’t be referring to it like that if they were talking about Bill (Don Diamont). Who would care if Liam snaps at his father? Bill deserves it and it’d be completely expected.

It seems likely that Steffy’s the one who gets an earful. If so, what’s Liam going to be mad about? Will Hope reveal a pregnancy pretty soon? It’s possible Steffy will lash out at Hope over it and face Liam’s wrath afterward. That’d certainly send a troubled Hope running to her mother. She’d be upset about the whole situation.

If you put that together with the “triumph day” clue, maybe it means Steffy will turn this into a public spectacle. She might make some fashion preview or launch a real disaster! We’ll give you updates as other Bold and the Beautiful news comes in. Stay tuned to B&B and don’t forget to check CDL often for the latest Bold and the Beautiful spoilers, updates and news.