The Bold and the Beautiful Spoilers: Pierson Fode Back on B&B Set, Thomas Returns for Sally’s Exit – Happy Ending for Hot Couple

BY Heather Hughes on February 15, 2018 | Comments: one comment
Related : Soap Opera, Spoiler, Television, The Bold and the Beautiful 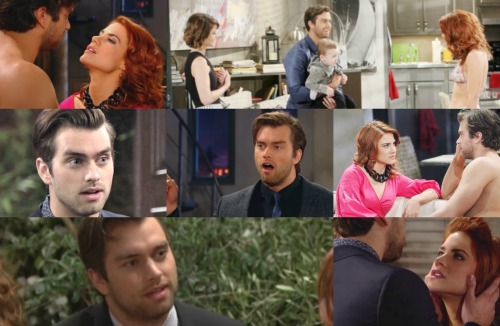 The Bold and the Beautiful (B&B) spoilers tease that the CBS soap may be gearing up for a major return as well as a big exit. Since, as CDL reported, Courtney Hope (Sally) appears to be off contract now, many B&B viewers are wondering if her departure’s brewing. There’s some new evidence that points in that direction and it involves Pierson Fode’s comeback as Thomas.

Fode was spotted on set and reportedly has some scenes in the works. He probably isn’t interested in a long-term return, but he may have agreed to a brief stint. There would be some excellent reasons why. B&B fans know Thomas is the easiest way to usher Sally off canvas. She fell head over heels for Prince Charming and her love for Liam (Scott Clifton) has never quite measured up.

Liam and Sally don’t have much of a spark, especially compared to the chemistry between Liam and Steffy (Jacqueline MacInnes Wood) or Hope (Annika Noelle). Sally and Thomas, on the other hand, brought plenty of sizzle. Unfortunately, their relationship suddenly evaporated when Caroline (Linsey Godfrey) decided she wanted Thomas back.

Caroline went along with Bill’s (Don Diamont) lie about her having a terminal illness. Naturally, she can only keep that ruse going for so long. Thomas agreed to be with Caroline for whatever amount of time she had left. He’s surely asking himself why she’s not dead by now!

Caroline planned to make a miraculous recovery later, but she might break down and confess instead. The guilt’s probably eating her alive. Then again, Caroline might move ahead with her cure excuse and lose Thomas because of it. He may still be pining for Sally deep down. Without the guilt trip, there may be nothing to keep Thomas by Caroline’s side. 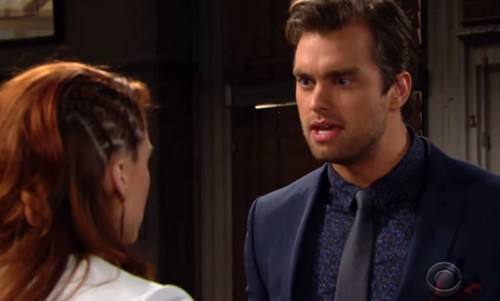 Regardless, it seems likely that The Bold and the Beautiful will bring Thomas back to grovel at Sally’s feet. Will he beg Sally for another chance? Will they leave town on some amazing adventure? Sally could easily get swept up in the romance of it all.