BY Heather Hughes on February 15, 2018 | Comments: one comment
Related : Soap Opera, Spoiler, Television, The Bold and the Beautiful 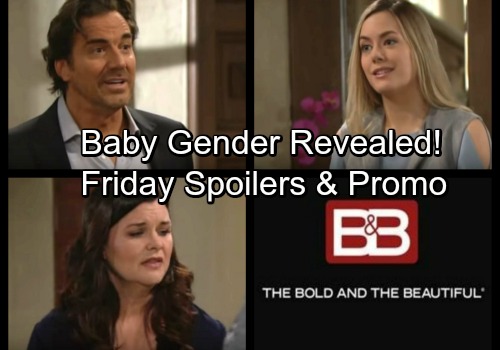 The Bold and the Beautiful (B&B) spoilers for Friday, February 16, tease that Thorne (Ingo Rademacher) will have some surprising news. He’ll tell Katie (Heather Tom) that he accidentally took her phone and now knows the identity of her mystery man. Thorne may mention the text that came in from Wyatt (Darin Brooks). Now that he’s had some time to reflect, Wyatt’s rethinking the breakup.

However, Thorne will take this opportunity to present himself as an alternative. He’ll probably needle Katie about choosing someone like Wyatt. Thorne certainly doesn’t want them to get back together, so he’ll do everything he can to stop that from happening. If Thorne can make Katie believe a reunion is a bad idea, it’ll boost his chances of obtaining a future with her.

Katie will get a bit flustered when she realizes Thorne knows the truth. She’ll contend that there are a million reasons why it wouldn’t have worked out. Katie will shout that it’s better for everyone that it’s over. Will Thorne change his tune when he sees how much Katie cares about Wyatt? Perhaps he’ll soften and push Katie back toward Wyatt eventually. 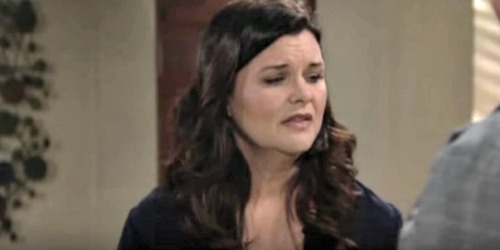 Then again, Thorne’s awfully smug and selfish. He may not be willing to throw in the towel just yet. Whatever the case, Thorne’s desires won’t matter much. Next week, The Bold and the Beautiful spoilers say Wyatt and Katie will enjoy a sweet reunion. It looks like Thorne will either have to move on or try harder.

Meanwhile, Ridge (Thorsten Kaye) will get updates on Steffy’s (Jacqueline MacInnes Wood) ultrasound appointment. He’ll get the scoop from Hope (Annika Noelle) and ask if Liam’s (Scott Clifton) going. Hope will admit that she hopes so. She’s truly rooting for Liam and Steffy to figure all this out.

Other Bold and the Beautiful spoilers say Liam and Steffy will share a warm moment. During the appointment with Dr. Phillips (Robin Givens), they’ll learn the gender of their baby. B&B fans can expect a hint of familiar love between them. They’ll hold hands as they celebrate their healthy son or daughter.

Is this the beginning of forgiveness? Hope will continue to nudge Liam in that direction, so we’ll see if her hard work pays off! Stick with B&B and don’t forget to check CDL often for the latest Bold and the Beautiful spoilers, updates and news.