BY Marcy Cohen on May 18, 2018 | Comments: one comment
Related : Soap Opera, Spoiler, Television, The Bold and the Beautiful 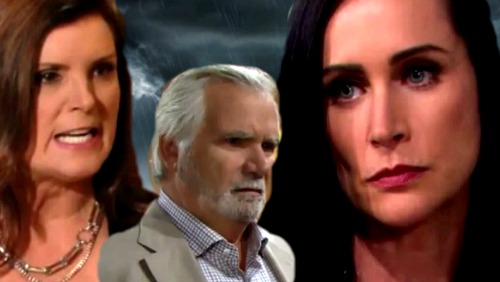 The Bold and the Beautiful (B&B) spoilers tease that some new storylines will be kicking off soon. You’ve probably heard that some Avant family drama will heat up thanks to a new relative’s arrival. Adain Bradley will make his first appearance as Julius’ (Obba Babatunde) nephew in June, so expect Alexander to bring secrets and spark chaos.

However, the Avants won’t be the only ones with a hot plot. If you’ve been missing Quinn (Rena Sofer) and Eric (John McCook), you should be pleased before long. The Bold and the Beautiful spoilers hint that they’ve got an exciting story coming up. Perhaps it’s time to revisit Quinn’s battle with Sheila (Kimberlin Brown). 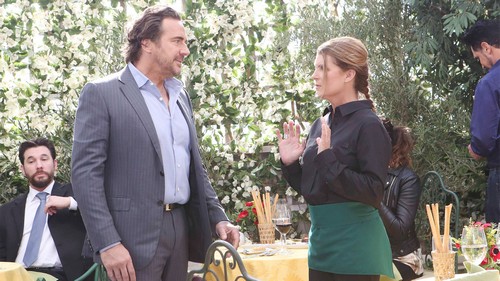 Most fans agree that the show dropped the ball on Sheila’s comeback. There was a goldmine of material to play, but B&B never really figured out the right direction. Quinn and Sheila’s feud ultimately just fizzled.

Now Sheila’s been relegated to serving up pasta and eavesdropping occasionally. We rarely see her and when we do, nothing much is happening. Maybe The Bold and the Beautiful should just send Sheila out with a bang! Quinn and Sheila’s war could reignite, but this time one of them may not survive. 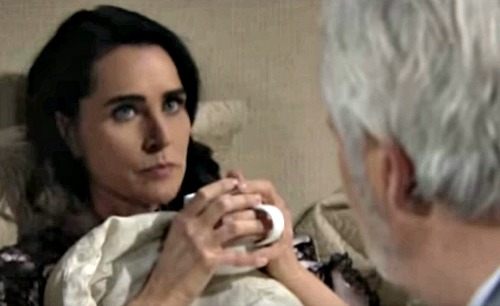 Bill’s (Don Diamont) shooting mystery was fun, but the stakes were low since we knew he’d pull through. A real death could truly shake things up on the CBS soap. What if Quinn kills Sheila and the circumstances are unclear? She might claim self-defense, but all the signs could point to murder. That would certainly test Eric’s faith in her. It could also bring trial scenes and loads of entertainment.

Whatever the case, it sounds like B&B wants to shift the focus a bit. Some viewers are still loving the Liam (Scott Clifton), Hope (Annika Noelle) and Steffy (Jacqueline MacInnes) love triangle. Others would prefer to see different characters more often. It could be good for The Bold and the Beautiful to freshen up the show with some new material.

Are you ready to see what’s ahead on B&B? We’ll give you updates as other news comes in. Stay tuned to the CBS soap and don’t forget to check CDL often for the latest Bold and the Beautiful spoilers, updates, and news.