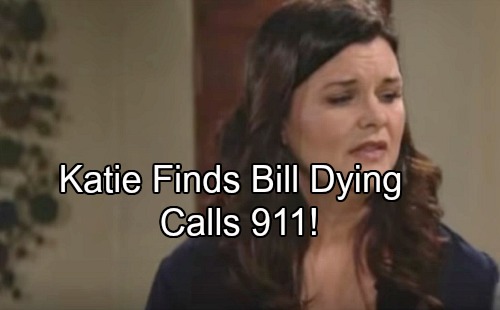 The Bold and the Beautiful (B&B) spoilers tease that Bill (Don Diamont) will refuse to back down. He’s furious over Wyatt (Darin Brooks) and Katie’s (Heather Tom) relationship, so he intends to make them pay. Bill will get all the custody papers drawn up and sent over to Katie. He’ll make it clear that he means business.

B&B fans can expect another meltdown when Katie receives this terrible news. Part of her might’ve hoped that Bill was bluffing or would at least come around eventually. However, Katie must’ve known better deep down. She was married to Bill long enough to understand that he’s a narcissistic loser. 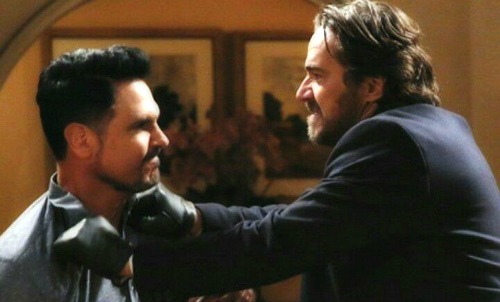 Once Katie wraps her head around the custody drama, she’ll decide to confront Bill. Katie just won’t think he should get away with this. The Bold and the Beautiful spoilers say Katie will march over to Bill’s place. She’ll want to give him a piece of her mind and hopefully convince him to put Will (Zane Achor) first.

Katie will show up ready for a fight, but she’ll get a major shock instead. When she walks in the house, Bill will be dying on the floor. He’ll be seriously injured thanks to someone on a mission for vengeance. 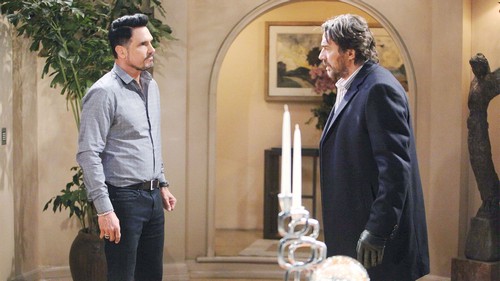 It seems like that Bill will have a gunshot wound, so Katie will immediately call 911. She hates Bill’s guts, but she can’t just let him die right in front of her. The Bold and the Beautiful spoilers state that an ambulance will rush Bill to the hospital. He’ll pull through, which means he’ll hurl some stunning accusations sooner or later. 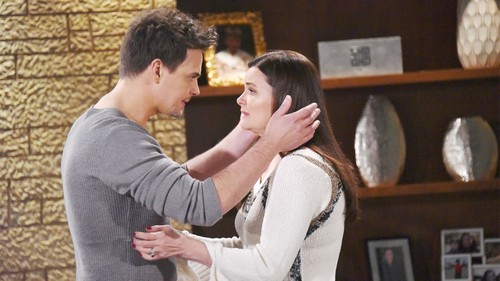 Bill will be completely convinced that Ridge (Thorsten Kaye) did this. He’ll want his enemy thrown in jail for his actions. Of course, there’s no way B&B will make this story that simple. They’ve spent plenty of time building a solid list of suspects. It’d be far too easy if Ridge was the one who did the deed.

The Bold and the Beautiful will undoubtedly explore some other intriguing options. Several B&B characters will have strong motives and weak alibis. Who do you think the real attempted murderer will be? We’ll give you updates as other news comes in. Stick with the CBS soap and don’t forget to check CDL often for the latest Bold and the Beautiful spoilers, updates and news.