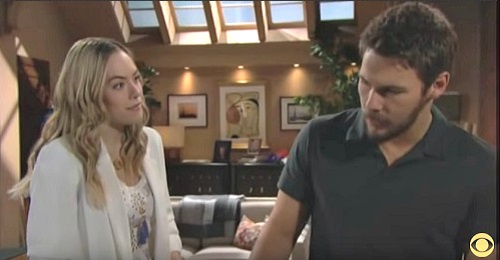 The Bold and the Beautiful (B&B) spoilers for Thursday, April 12, tease that Liam (Scott Clifton) will continue to do battle with his emotions. He’s furious over Bill’s (Don Diamont) threats, but he still feels distraught about the shooting. Liam normally isn’t the kind of guy who’d pick up a gun and fire it for any reason. That’s just not who he is, so all of this has been tough to deal with.

Hope (Annika Noelle) will do her best to distract Liam with her Forrester line, but he’ll quickly realize what she’s up to. Liam will note that Hope’s trying to make him forget about what happened – at least for a little while. She’ll admit that she’s indeed concerned and just wants to provide some relief.

Hope would love to take Liam’s pain away and that’s why she’s turned against Steffy (Jacqueline MacInnes Wood). She feels like it’d be a nice start toward eliminating the drama in Liam’s life. Of course, Hope undoubtedly has some selfish motives as well. She wants Liam back and that’s a huge factor in her latest “ditch Steffy for good” campaign.

However, there’s a more serious issue and it actually ties in with Hope’s goal for Liam. Bill’s desperate to be with Steffy, so he wants Liam to move on. If Liam refuses, his father could turn him in and potentially send him to prison. Liam will give Hope updates and acknowledge that he hates the game Bill’s playing. He won’t like the idea of helping Bill make his dreams come true. 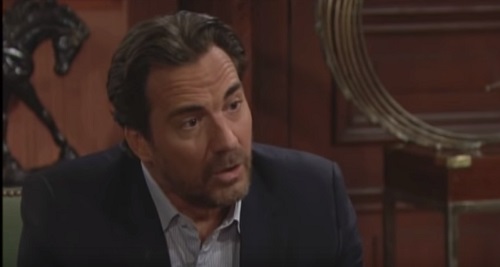 Nevertheless, Hope will remind Liam of what’s at stake. She’ll indicate that Liam could go down for attempted murder if he doesn’t cooperate. Since Hope wants Liam for herself anyway, Bill’s manipulation could actually work in her favor.

Hope may point out that Bill’s strategy isn’t the right one, but it’d lead to a better outcome. She’ll probably play the baby card and suggest that Liam needs to be around for his daughter. Elsewhere, Steffy will share her fears with Ridge (Thorsten Kaye). She’ll bring him up to speed on how hard Hope’s fighting for Liam. They’ll both be worried about how this war will turn out in the end.