BY Heather Hughes on February 26, 2018 | Comments: one comment
Related : Soap Opera, Spoiler, Television, The Bold and the Beautiful 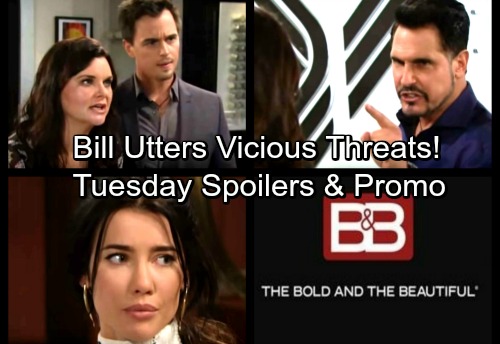 The Bold and the Beautiful (B&B) spoilers for Tuesday, February 27, tease that Katie (Heather Tom) will want to get a few things straight with Bill (Don Diamont). He blew his top when Wyatt (Darin Brooks) and Katie announced their engagement, but they’re not worried about his disapproval yet. They’ll try to make Bill understand that they’re moving forward whether he likes it or not.

Katie will make it clear that they’re not asking permission. They only told Bill as a courtesy, so he doesn’t get a say in all this. The Bold and the Beautiful spoilers reveal that Bill will disagree. He’ll shout that this is NOT happening, so the war will definitely be on. Wyatt will jump in and urge his father to back off. He’ll think they have every right to marry if they want to. 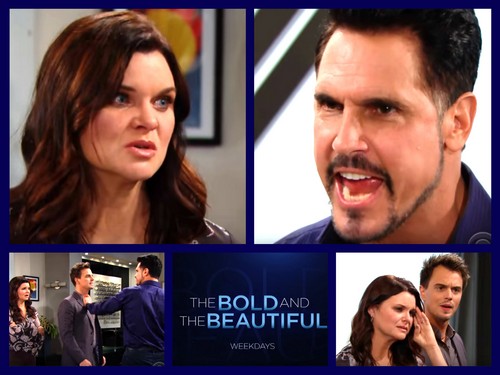 Bill will argue that this is disgusting, but he really has no room to talk. It’s a bit weird for Katie to marry her son’s half-brother, but it’s certainly no worse that Bill sleeping with his son’s wife! Will (Zane Achor) could wrap his head around “Watie’s” romance sooner or later. Unfortunately, Liam (Scott Clifton) and Steffy’s (Jacqueline MacInnes Wood) relationship has been scarred forever.

Of course, Bill will ignore his own mistakes as usual. He’ll focus on the one he believes Katie and Wyatt are making. Bill will promise consequences if they proceed. He’ll threaten to get custody of Will, so Katie will definitely have concerns by the end of this confrontation. 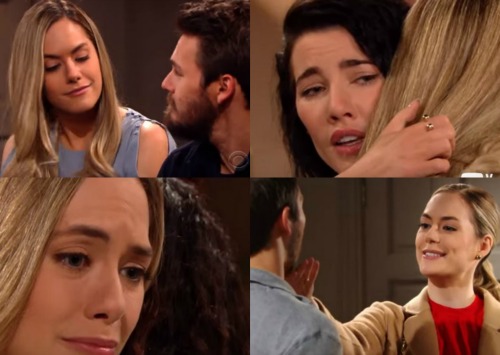 Other B&B spoilers say Steffy’s fears will grow. She’ll worry that Hope’s (Annika Noelle) feelings for Liam could be a real problem. Hope claims she wants Steffy and Liam to repair their marriage, but is that true? Deep down, part of Hope may like the idea of a permanent breakup. It would leave the door open for a reunion with Liam, so Hope’s undoubtedly considered the possibility.

Meanwhile, Liam will have some updates to pass along. He’ll fill Hope in on his goals for her revived line at Forrester. The Bold and the Beautiful spoilers say they’ll continue to bond, so stay tuned for more drama. We’ll keep you posted as other B&B news comes in. Stick with the CBS soap and don’t forget to check CDL often for the latest Bold and the Beautiful spoilers, updates and news.