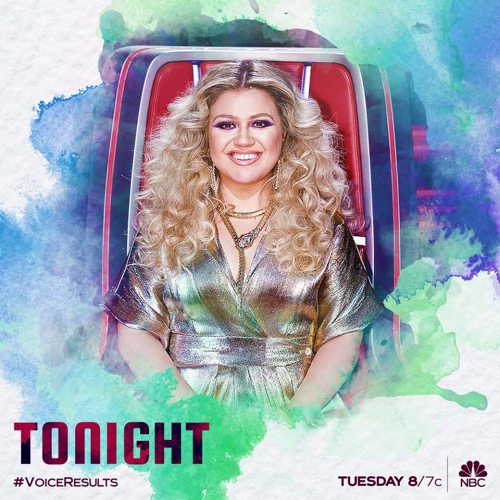 Tonight on NBC’s Emmy Award-winning musical competition The Voice airs with an all-new Tuesday, December 4, 2018, season 15 episode 22 and we have your The Voice recap right below. On tonight’s The Voice season 15 episode 22, called, “Live Top 10 Eliminations,” as per the NBC synopsis, “Seven artists will be revealed as safe by America’s votes. The bottom three artists will then compete for the Instant Save and two will be eliminated. Performances by current coach, Kelly Clarkson and former coach, Gwen Stefani. Jennifer Hudson, Adam Levine, and Blake Shelton.”

Tonight the semi-finalists will be revealed. Carson introduces the judges: Kelly, Adam, Jennifer, and Blake. James Arthur and Anne-Marie take the stage to sing.

The Top 10 take the stage. Reagan Strange is not on stage but in the building. She isn’t feeling well. The first 2 artists that are safe are…Kirk Jay from Team Blake. America also saved..from team Jennifer, Kennedy Holmes.

The remaining 8 artists take the stage once again. The next 2 to be saved are Team Jennifer’s Mackenzie Thomas and Chevel Sheppard from Team Kelly!

Kelly Clarkson takes the stage to perform her new single, Don’t Let Me Down.

The final 4 take the stage with Reagan Strange still ill backstage. Team Kelly’s Kymberli Joy has been saved. Dave, DeAndre, and Reagan are at risk for elimination. Reagan is still ill and will not be able to perform.

Dave takes the stage to perform with the hopes of being saved. Blake is routing for him and cannot understand why he is in the bottom three. Kelly loves his voice.

DeAndre takes the stage next in the hopes of being saved. Jennifer thinks he did his best and it shows. Adam is confused he is in the bottom. He urges everyone to save him.

It is time to see who America saved. Regan has been saved! She cries in the audience.