The Young and the Restless Spoilers: Baby Drama Spreads, Phyllis and Billy’s Family Grows – Kid Chaos Ahead in Genoa City

BY Kinsley Goldman on January 30, 2018 | Comments: one comment
Related : Soap Opera, Spoiler, Television, The Young and the Restless 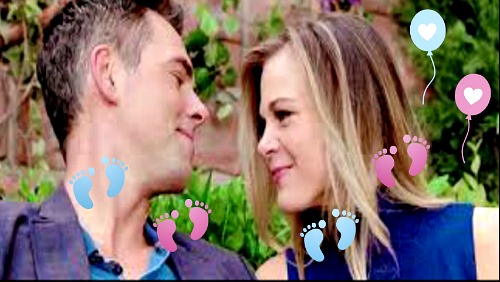 The Young and the Restless (Y&R) spoilers tease that Phyllis (Gina Tognoni) and Billy (Jason Thompson) could face some baby drama. Y&R fans know that Hilary’s (Mishael Morgan) on a mission to have a kid. She’s got baby fever, so nothing can keep her from having a little girl or boy to care for.

A recent chat with Hilary led to some awkwardness for Billy and Phyllis. When the topic of babies came up, they both shut down the idea of having one. However, Phyllis and Billy didn’t seem convinced that was the right call. They had a thoughtful look in their eyes as they considered the possibility.

Y&R could easily be laying the groundwork for a future storyline. Billy already has young kids and Phyllis’ children are grown now – in fact after Summer the Dr. told Phyllis she was done bearing children. That’s probably why they were so quick to dismiss adding a baby to the mix. It would certainly turn their lives upside down and that’s exactly why the show might go there.

Hilary’s baby quest is an unusual move for a soap. Normally, babies tend to come as a huge shock. By letting Billy and Phyllis have the kid conversation, it leaves the door open for some excitement if a surprise ‘miracle’ pregnancy occurs. Of course, there’s no guarantee the pregnancy would result in a birth with Phyllis’s medical history.

The Young and the Restless could also let “Philly” adopt either a baby or an older child down the road. Phyllis has noticed the strong connection between Billy and Reed (Tristan Lake Leabu). They might be able to do some good in another troubled teen or pre-teen’s life. There would certainly be some interesting story possibilities to explore.

Phyllis and Billy desperately need something to do besides meddling and making love. If they eventually tie the knot, they might settle in for a stable future together. That’d be an excellent time to shake things up by signing up for foster care or looking into adoption.

Still, many “Philly” fans are rooting for a baby! Since Cane (Daniel Goddard) has Sam and Hilary’s about to have a bun in the oven, Phyllis and Billy’s kid could complete the future teen scene. They’ll be all grown up one of these days, so we might as well round out a solid crew!