The Young and the Restless Spoilers: Billy Hooks Up With Summer Recast – Phyllis Explodes 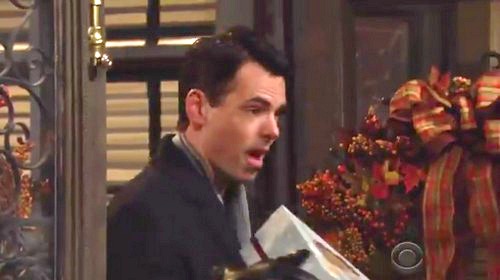 The Young and the Restless (Y&R) spoilers tease that a Summer recast is likely on the way. A recent casting call had a description that sounded a lot like Kyle and that turned out to be true. Michael Mealor is taking over the role later this month. Another description pointed to Summer, so it appears that role will be recast as well.

Kyle and Summer have a history together, but Y&R may not put them back together immediately. Sometimes it’s better to pair newbies with established characters and let fans get used to them. The Young and the Restless is currently setting up a story that’d be perfect for Summer to slide into. It would also give her a sexy man right off the bat!

Phyllis (Gina Tognoni) is determined to keep Nick (Joshua Morrow) and Sharon (Sharon Case) apart, but her obsession is rocking the boat with Billy (Jason Thompson). Major anvils are dropping, so “Philly” may be headed for trouble. If they break up or even just face serious conflict, it could leave the door open for other love interests.

You probably see where we’re going here. Summer could easily become interested in Billy and that would have severe consequences. They might seem like an odd couple, but those are the pairings that bring the most drama! Whether Billy and Summer hook up or turn into an item, there’d be Genoa City chaos. And for those of you who might be concerned with the age difference between Billy and Summer note that Billy was born is in 1979 and Summer in 1994. Jack was born in 1954 and Phyllis in 1974 so there you go.

Think about all the characters that’d be pulled into this mess. Phyllis would obviously be furious with both Billy and Summer. This could set up an exciting mother-daughter war in the months ahead. Jack would also have a big problem with Billy’s behavior. It could reignite their battle, especially if cheating’s involved. Jack would feel like Billy’s never going to change.

You can bet that Nick would be livid, too. He might punch Billy’s lights out if he found out about a fling. Victor (Eric Braeden) could also unleash his wrath and make Billy pay the price for his actions. There’d be plenty for Y&R to play around with if they went the Billy and Summer route.

Plus, they’d have an amusing ship name. It’d be fun to see comments about “Bummer” or “Silly” all over social media. The Young and the Restless spoilers say some shockers are coming up down the road, so stay tuned to for the possible passion!

And for those of you who might be concerned with the age difference between Billy and Summer note that Billy was born is in 1979 and Summer in 1994.

What do you think about a potential Summer and Billy hookup? What about a real relationship? We’ll give you updates as other Y&R news comes in. Stick with the CBS soap and don’t forget to check CDL often for the latest Young and the Restless spoilers, updates and news.