The Young and the Restless Spoilers: Chelsea’s Mom Knocks Sharon Out – Anita Tries To Save Daughter

BY Carrie Cammann on February 21, 2018 | Comments: one comment
Related : Soap Opera, Spoiler, Television, The Young and the Restless 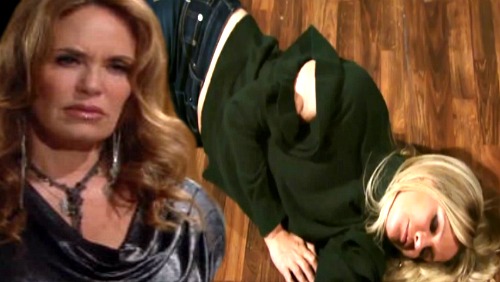 The Young and the Restless (Y&R) spoilers tease Chelsea (Melissa Claire Egan) called someone to help her get out of trouble. Phyllis (Gina Tognoni) and Sharon (Sharon Case) remain convinced that Chelsea should tell Nick (Joshua Morrow) that she cannot marry him. However, Chelsea refuses to back down and is blackmailing Phyllis with Christian’s paternity bombshell. Phyllis has pushed Chelsea into a corner, and she knows there’s only one person that she can trust.

Y&R spoilers say Chelsea contacted her mother, Anita Lawson (Catherine Bach) to help her get out of this jam. Anita will do whatever her daughter needs her to do, including hurting Sharon to protect her child. Anita will appear on Y&R on Thursday, March 1 and Friday, March 2. This date seems to match Chelsea’s last airdate, too. CBS has yet to confirm Melissa Claire Egan’s final day on the show.

The Young and the Restless spoilers state that Chelsea informs Anita that Sharon wants to spill Christian’s paternity. She will cry that it will ruin everything, and she cannot let the secret come out. Anita springs into action and takes the coffee pot and clocks Sharon over the head when she is on the call with Nick to spill the Christian paternity truth. She believes she is helping Chelsea. After all, this mother will do anything to protect their child from harm.

Once Chelsea learns her mother hurt Sharon, she panics. She knows that if Nick discovers she was responsible for Sharon’s coma, he would have some questions for her and Victor could be dangerous. It’s pretty clear that Chelsea will need to come up with an escape plan, and sooner than later. 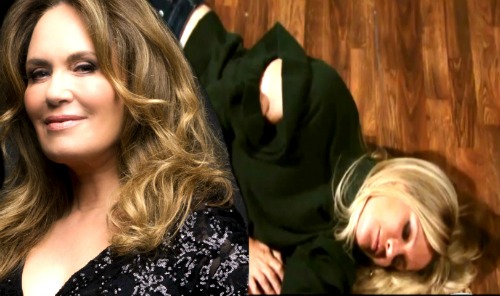 The Young and the Restless spoilers suggest that Chelsea will ask her mother to take Connor to a safe place. Perhaps, Chelsea will plan to meet her there. She is starting to realize that she needs a fresh start in another city, and fast.

The one detail not known yet for certain is if Chelsea will try to kidnap Christian and take him with her. If she takes Adam’s son with her, Victor (Eric Braeden) will hunt her down to bring the boy back home.  According to the weekly preview video below it looks as if this happens. Don’t forget to come back to CDL later for more The Young and the Restless (Y&R) spoilers, news, and casting updates!