The Young and the Restless Spoilers: Comings and Goings – Brittany Cleans Up Nick’s Mess – Peter Bergman Dishes on Jack’s Father 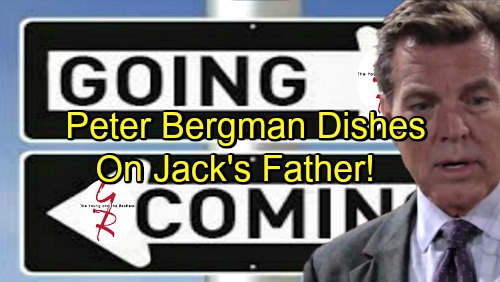 The Young and the Restless (Y&R) spoilers reveal that we’ve got some comings and goings news to share. First, let’s talk about a familiar face. Brittany Hodges (Lauren Woodland) is headed back to Genoa City this week, so expect her to do some legal maneuvering. Since Nick (Joshua Morrow) will be arrested soon, it looks like Brittany will be tasked with getting him out of his jam.

Nick will feel like Rey’s (Jordi Vilasuso) charges are based on a bunch of nothing. He’ll feel like he kept his trail clean enough to avoid trouble, but is that true if there’s enough evidence to arrest him? Brittany may have her work cut out for her as she takes this case. Nick impersonated J.T. (Thad Luckinbill) and caused a whole lot of trouble, so he could grow more concerned as this moves forward.

You can check out Brittany on September 12 and perhaps additional episodes if this takes longer to work out. Of course, there’s no need to fret about Nick too much. He’ll inevitably do what Newmans do best and wiggle out of consequences.

Other Young and the Restless spoilers say Jack’s (Peter Bergman) bio dad hunt will come with some shockers. In a new issue of Soap Opera Digest, Bergman weighed in on this storyline and offered a few hints. He admitted he was apprehensive about Jack not being an Abbott at first. Bergman later took it as a challenge and decided to enjoy seeing what a new identity would be like for Jack.

Bergman promised that there’s much more to come. “He hasn’t given up his search for his father,” Bergman assured Y&R fans. “In fact, he has a few other things with that coming up in the next couple weeks.” We know that Victor (Eric Braeden) will suspect he shares a father with Jack. Thanks to that old photograph, Victor will be terrified over the possibility that Jack is his half-brother.

The Young and the Restless buzz suggests that probably isn’t true, but it’ll provide plenty of drama until the real story comes out. Bergman also dished on Eileen Davidson’s (Ashley) departure, which is coming up this month. He confessed that he’s “heartsick,” but he has to “take the Abbott family and march.”

Since Abbott clan’s dwindling, could Jack turn out to be John’s (Jerry Douglas) son after all? Time will tell, but Y&R viewers will be eager to find out. That’s it for comings and goings! We’ll give you updates as other details emerge. Stay tuned to the CBS soap and don’t forget to check CDL often for the latest Young and the Restless spoilers, updates and news.