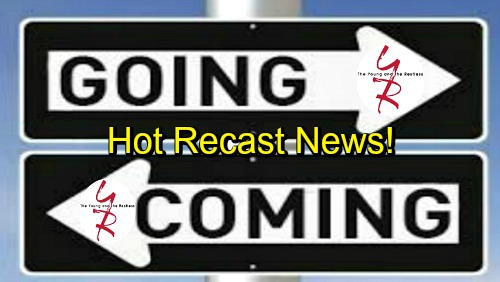 The Young and the Restless (Y&R) spoilers reveal that we’ve got some comings and goings news to share. For starters, let’s talk about an important return. Jill (Jess Walton) will show up in Genoa City for a couple of important tasks. She’ll pay Lily (Christel Khalil) a visit to offer support, but Billy (Jason Thompson) will need far more of it.

Jill will dish out some tough love during Billy’s upcoming intervention. She’ll also rant about Phyllis (Gina Tognoni) allowing this to happen, but Jack (Peter Bergman) will put a stop to that. He’s protective of Phyllis and he knows the mind of an addict. Billy was determined to gamble, so this mess is on him.

Phyllis may have enabled Billy a bit, but she didn’t put a gun to his head and force him to bet. In fact, she’s been uneasy the entire time. Billy just chose to ignore all the warning signs, so he’ll pay the price for that this week. Beth Maitland (Traci) will also continue her latest stint along with Richard Gleason as Matt. It’ll be nice to see these two in the mix this week.

Other Young and the Restless spoilers say a recast will hit GC in October. You probably know Hunter King also has a role on a CBS primetime show. Life in Pieces was on hiatus when King came back to Y&R, but she’ll need a few days off now that they’re shooting new episodes. King has insisted that she wants to do both shows, but it’ll obviously be a juggling act.

Fortunately, The Young and the Restless found a temporary replacement. According to TV Insider, Bayley Corman is stepping into the role for three consecutive episodes. You can catch Corman’s version of Summer starting Monday, October 1.

We’ve got some hot “Shick” wedding drama coming up. Summer should play a big role in the fallout of Phyllis and Nick’s (Joshua Morrow) one-night stand. It’s not like they could write her out right now, so it makes sense that they brought in a recast. Corman looks like she could pass for a member of the Newman clan. As long as she brings bratty Summer’s usual attitude, she should do just fine.

That’s it for comings and goings! We’ll give you updates as other Y&R details emerge. Stay tuned to the CBS soap and don’t forget to check CDL often for the latest Young and the Restless spoilers, updates, and news.