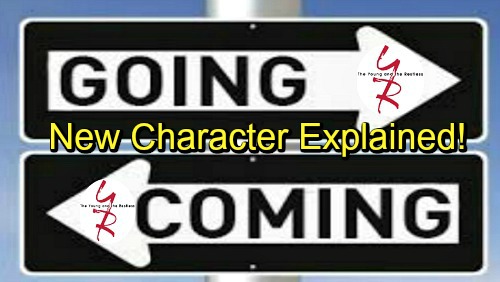 The Young and the Restless (Y&R) spoilers tease that we’ve got some comings and goings to pass along. For starters, let’s talk about J.T. (Thad Luckinbill). If you haven’t guessed by now, Luckinbill’s mini return stint has wrapped. He came back briefly for Nick’s (Joshua Morrow) impersonation plot, but it seems his character’s still dead and buried. J.T. and “J.T.” seem to be gone for good now.

In other Y&R news, Jordi Vilasuso is headed to Genoa City. Soap Opera Digest reveals that he’ll be playing a mysterious stranger named Rey, but we’d say he’s not so mysterious! Rey is undoubtedly the older brother Arturo (Jason Canela) mentioned. Arturo has talked about his sister, Lola, as well. It probably won’t be long until Arturo, Lola and Rey are stuck in plenty of family conflict.

Vilasuso may seem familiar to many soap fans. His most recent daytime drama role was on Days of Our Lives. He played Dario Hernandez, a bartender with a scheming side. Will Rey have a hint of mischievousness in him, too? It’d certainly be fun for Young and the Restless viewers. 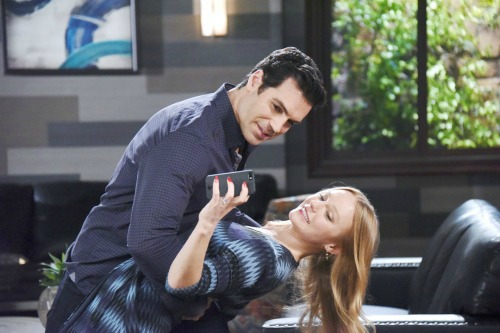 Other soap watchers may know Vilasuso from his roles as Griffin Castillo on All My Children and Tony Santos on Guiding Light. However, Vilasuso’s looking forward to the brand-new role of Y&R’s Rey. On Instagram, he shared how excited he is about his latest gig.

Vilasuso exclaimed, “THANK YOU @youngandrestlesscbs & @sonypictures for welcoming me to my new home! Friends, can’t wait til you see what Rey’s going to be stirring up in Genoa City! Thank you ALWAYS for the love and support!” The Young and the Restless spoilers say Rey will make his debut on August 17, so stay tuned.

There’s also some good news for Jason Canela. He recently signed a contract, so we should be seeing a lot more of him. Since Y&R intends to feature the Rosales family, it makes sense to lock Canela in for all the chaos.

That’s it for comings and goings. We’ll give you updates as other Y&R details emerge. Stick with the CBS soap and don’t forget to check CDL often for the latest Young and the Restless spoilers, updates, and news.