The Young and the Restless Spoilers: Doug Davidson and Family Bravely Face Disaster 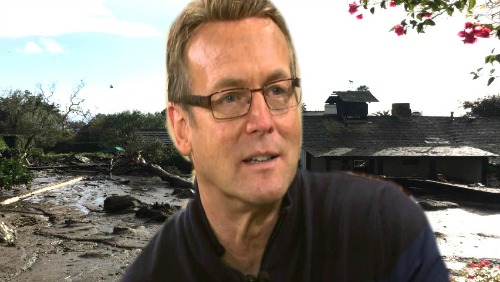 The Young and the Restless (Y&R) spoilers reveal that Doug Davidson, who portrays Y&R’s beloved Genoa City’s Police Chief Paul Williams has shared a photo on his Twitter account, revealing that his property has received significant damage from the mudslides this past week.

Doug Davidson tells his followers… “A river ran through it… where there wasn’t one.” He goes on to thank everyone for their concern and that they continue to have power and water issues but everyone is “safe and unhurt.”

It truly has been a disastrous time for the people living in California; the deadly mudslide comes only one month after the monstrous wildfires that devastated many lives, destroying homes and lands, that will take years to rebuild. We all continue to hold Doug Davidson and his family in our thoughts and will hold his positive attitude as he tells everyone “We are so blessed! Truly.”

The Young and the Restless spoilers reveal that currently Paul Williams has recently been seen trying to convince former lover and good friend, Nikki Newman (Melody Thomas Scott) to turn against Victor Newman (Eric Braeden), and finally get out of his grip; but it seems like Nikki will never be rid of Victor.

Paul Williams has been a key player in Genoa City since May 1978, and is probably best known for his relationship with Christine “Cricket’ Blair (Lauralee Bell). His most heartbreaking storyline was probably when his son, Ricky Williams (Peter Porte) falls to his death right before his eyes. Y&R fans were also thrilled to learn that Paul shared a son with another fan favorite, Nikki Newman named Dylan McAvoy (Steve Burton), but the story was short lived, we can only hope that since he wasn’t killed off, that there is a possible return in the future.

A river ran through it…where there wasn’t one. Thank you for all your concern. Power and water issues, but we are safe and unhurt. We are so blessed. Truly. pic.twitter.com/hDvBrmXRRv