BY Heather Hughes on January 5, 2018 | Comments: one comment
Related : Soap Opera, Spoiler, Television, The Young and the Restless 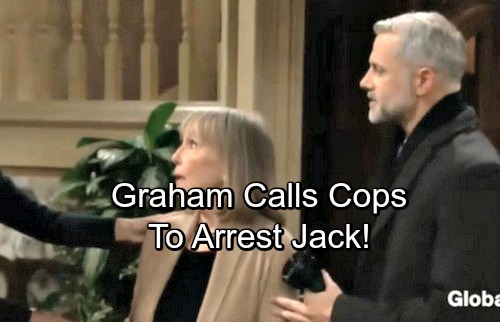 The Young and the Restless (Y&R) spoilers tease that Graham (Max Shippee) will make a bold move to get what he wants. After being thrown out of the Abbott home on Friday’s new Y&R episode, January 5, he’ll decide to get some backup. Graham will find a cop who can enforce his court order. He still has medical power of attorney in Wisconsin and he intends to take advantage of it.

Part of Graham is undoubtedly manipulating the situation for his own selfish gain. However, there’ll be a small part of him that still cares about Dina. Graham vowed to be there for her until she passed away, so he’s back to pick up where they left off. His personal vendetta got in the way for a while, but Graham intends to make things right. 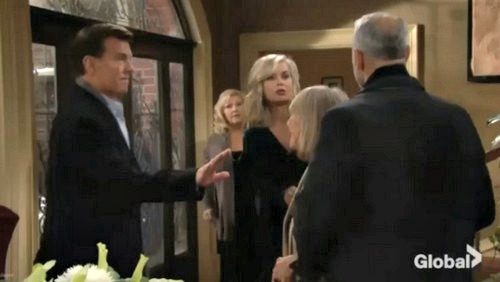 Of course, the Abbotts will have a very different idea of what’s best for Dina. The Young and the Restless spoilers say Jack (Peter Bergman) will rip into Graham for doing this. He’ll think Graham’s nothing but a filthy schemer. Jack will refuse to let Graham take advantage of Dina. He won’t allow his mother leave with her former companion.

Y&R spoilers state that Graham will try to remain calm, but he’ll definitely play hardball. He’ll threaten to have Jack arrested if he doesn’t cooperate. Jack won’t care about the consequences. He’ll only have Dina on his mind. Jack cares deeply for his mother and he won’t want to see her get hurt. 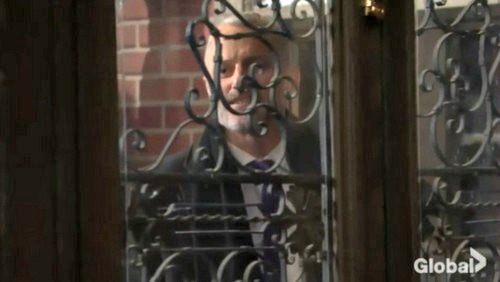 Ashley (Eileen Davidson) and Traci (Beth Maitland) will agree that this could make Dina’s Alzheimer’s symptoms even worse. Dina’s used to the house by now. She has a routine and is surrounded by people who love her. The Abbotts won’t think Dina should be uprooted. She has enough trouble coping as it is.

Nevertheless, Graham will believe he knows best. He’ll push back, but Paul (Doug Davidson) will arrive to settle the dispute. The Young and the Restless spoilers say Paul will dismiss the police officer and contend that Dina’s staying put. 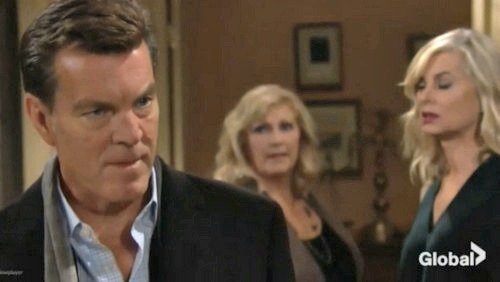 Of course Paul is wrong and behaving in a corrupt and illegal manner – Paul is NOT a judge and his sworn duty is to uphold the law – the law says Dina goes with Graham. Graham will quickly realize the Abbotts may be above the law in Genoa City. He’ll have to play dirtier than ever if he wants to achieve his goal.

It sounds like some crazy drama’s coming up in Genoa City. We’ll give you updates as other Y&R news emerges. Stick with the CBS soap and don’t forget to check CDL often for the latest Young and the Restless spoilers, updates and news.