BY Kinsley Goldman on May 2, 2018 | Comments: one comment
Related : Soap Opera, Spoiler, Television, The Young and the Restless 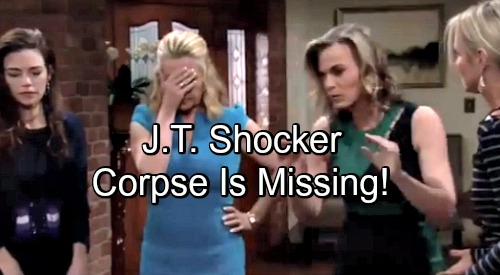 The Young and the Restless (Y&R) spoilers tease that more trouble’s brewing. The cover-up team’s certainly facing some serious threats. Phyllis (Gina Tognoni) and Nikki (Melody Thomas Scott) have been working hard to keep Sharon (Sharon Case) from cracking, but Victoria’s (Amelia Heinle) becoming a problem, too. Their alliance is on shaky ground, but they’ll manage to keep it together for now.

Of course, they’ll also have to worry about Paul (Doug Davidson). He’s getting closer to the truth, but he’s got the wrong idea for the time being. In Wednesday’s new Y&R episode, May 2, Paul suggests that Victoria might’ve helped J.T. make a break for it. At least he’s still looking for someone who’s alive and well! 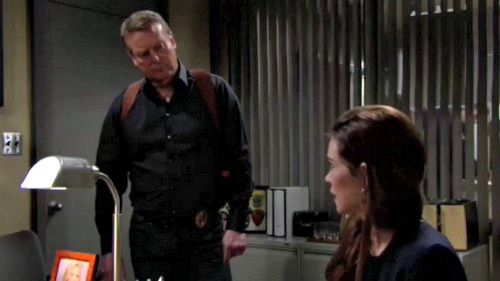 That’s relatively good news for the cover-up gang, but what happens if J.T.’s body is found? Their whole scheme could fall apart! Phyllis will think they should take steps to prevent that. In hindsight, burying J.T. in the Chancellor Park garden wasn’t the best plan. They should’ve picked somewhere with less foot traffic and fewer events held nearby.

As a result, something drastic may have to be done. Phyllis will keep pushing Nikki to shut down the park so they can move J.T.’s corpse. If they go through with Phyllis’ idea, they’ll face even more risks. The Young and the Restless spoilers say they’ll have to weigh their options carefully. 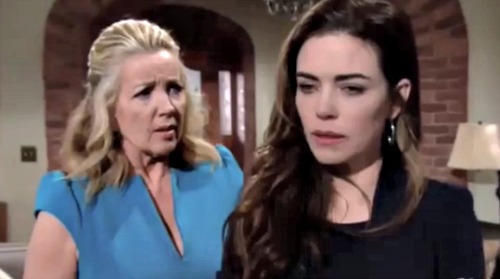 This could obviously provide another opportunity to get caught. Even if they manage to move J.T.’s body without detection, they’ll disturb the ground in the area. That could stir up suspicions and prompt a thorough search from Paul. He could realize J.T.’s corpse was buried and moved. This case would suddenly turn into a murder investigation, which isn’t what the ladies have in mind.

However, leaving the body where it is could also be risky. Since there’s a chance of issues either way, they may just decide to go for it. Y&R spoilers say a crazy twist’s coming up, so maybe here’s where it’ll come in. Phyllis, Nikki, Sharon and Victoria may be in for a shock if they start digging around. Y&R buzz suggests they’ll discover that J.T.’s body is gone?! 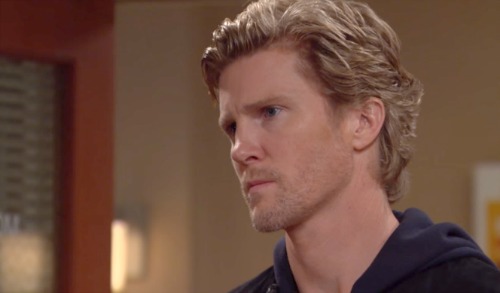 The secret club may wonder if J.T. was alive after all, but we know that’s not the answer. Official Young and the Restless spoilers confirm that J.T.’s arc is over. These women would inevitably consider another explanation. It’s possible that somebody already found J.T.’s corpse and placed it elsewhere.

If so, would the mystery digger be a friend or foe? Would he or she plan to blackmail Sharon, Victoria, Phyllis and Nikki? Could someone be trying to help them instead? Y&R fans won’t want to miss all the exciting developments. We’ll give you updates as other details emerge. Stick with the CBS soap and don’t forget to check CDL often for the latest Young and the Restless spoilers, updates, and news.