The Young and the Restless Spoilers: Jack Crushed By Paternity Reveal – Shocking Relationship With Victor Exposed?

BY Sean O'Brien on May 7, 2018 | Comments: one comment
Related : Soap Opera, Spoiler, Television, The Young and the Restless 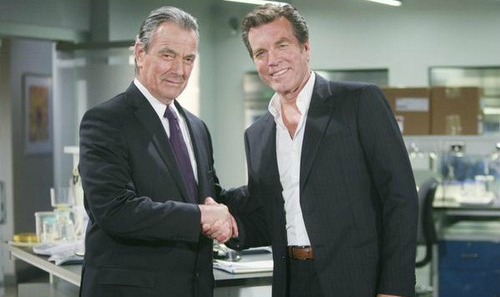 Jack is quite literally a born loser. His mother was a sex-crazed vamp who abandoned her children when they were young. Jack adored the man, John, who now turns out not to be his biological father.

Mr. Whoever has also been unable to sustain a relationship with any woman, most of whom were whack-a-doodles, like Diane Jenkins (Maura West). Now, Jack’s youngest child has used heretofore unknown and unseemly family history to stick an emotional knife right in his hated-dad’s heart. 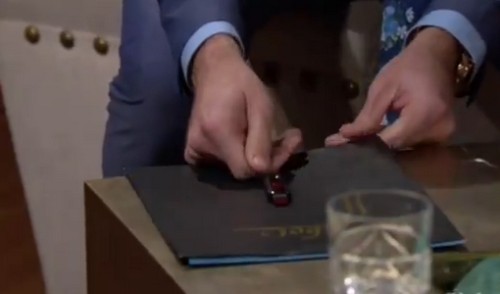 Okay, it’s soapy that Kyle just happened to see Abby (Melissa Ordway) and Ashley (Eileen Davidson) handling the flash drive that contained Dina’s spill about whoever Jack’s father is and isn’t. That piece of technology was thrown into the Abbott family (a fluidly applied label) fireplace and wasn’t destroyed by the time Kyle plucked it out. Then he gives it to Ravi (Abhi Sinha), who just so happens to have a romantic history with Ashley, thereby setting up Kyle’s crumb path.

However, seasoned, moderately-aged (oh, so inoffensive that hyphenated word is), and newer fans likely admit that they didn’t see a Jack paternity storyline when Dina returned to Genoa City. First-blush seemed to merely deepen Ashley’s backstory, while also allowing Adams’ staggeringly great work to be showcased. But no, more was to come. 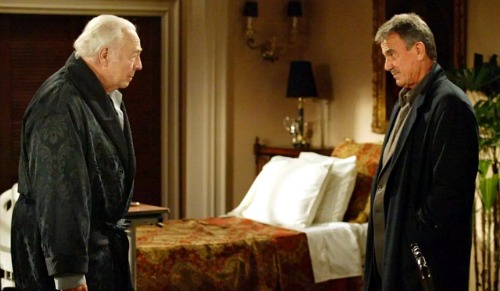 This scribe asserts that the write-back of this one-time side character, who was briefly seen in the mid-1980’s, has opened some of the best plot lines in years. Following the Ashley issue, came Graham’s (Max Shippee) final exit, which was wrapped around the still-building Alzheimer’s arc. Now, in addition to three angles, Y&R is aggressively working a fourth issue.

The possibilities hovering all around Jack’s real father reveal are potentially show-stopping. If that guy turns out to be Victor’s sire, Albert Miller (played by the late George Kennedy), the entire battle that’s taken place between Jack and the Moustache will be underscored to infinity.

Jack, the loser. Victor, the winner. They’ve hated each other because of common chemistry. How absolutely terrific! While other intriguing paternity answers could be offered, this particular solution would seem the best. Here’s hoping it happens. CDL is a leading source for everything linked to The Young and the Restless. Check back regularly for Y&R spoilers and news!