The Young and the Restless Spoilers: Update – Mal Young Confirms He’s Out at Y&R – Fired as Big Behind the Scenes Changes Loom 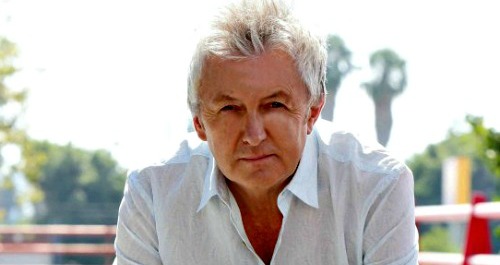 The Young and the Restless (Y&R) spoilers tease that a huge shakeup could be happening at the CBS soap. Highlight Hollywood is reporting that Mal Young is out as Y&R’s head writer and executive producer. They suggest that an announcement will soon point to Young’s retirement, but they contend that firing is the truth behind this departure.

Josh Griffith is also said to be taking over for Young, which would explain why he recently came back to the show as a supervising producer. When that news broke, many Young and the Restless fans guessed that Griffith might be waiting in the wings. Now it looks like the switch could actually be happening.

If Mal Young is indeed out at the CBS soap, it shouldn’t come as a huge shock. Plenty of viewers have been voicing their concern and disapproval on social media lately. Several important soap vets have been speaking out as well, including Doug Davidson (Paul) and Eric Braeden (Victor).

Braeden has even retweeted fans who called for Young’s firing, so perhaps he knew this was coming. There was no risk to his job if Young was on his way out anyway. Some older characters have had their airtime reduced or cut entirely during Young’s newbie takeover, so that’s left some cast members agitated.

Shauna (Camryn Hamm) recently departed, but we can include her in that batch, too. That’s 10 new faces for everyone to get used to. Michael Mealor’s Kyle seems to have gone over well and Lola’s getting some support as the most interesting Rosales family member. However, soap fans have still struggled with the amount of screen time devoted to all the new kids on the block.

That’s especially true when Y&R’s been losing characters like Hilary (Mishael Morgan), Ashley (Eileen Davidson) and Lily (Christel Khalil). Young’s decision to focus more on the plot and less on the characters didn’t help matters. His push for a new day in most episodes also left many cliffhangers without the proper resolution.

With all that in mind, it’s not crazy to think that Young could really be headed for the exit. If that’s the case, are you happy about it? Are you eager to see some changes at Y&R in the new year?

Update: Mal Young has confirmed that he is OUT at Y&R!