The Young and the Restless Spoilers: Monday, June 4 Update – Summer Stuns Nude Billy and Phyllis – Victor Defends Himself to Nikki 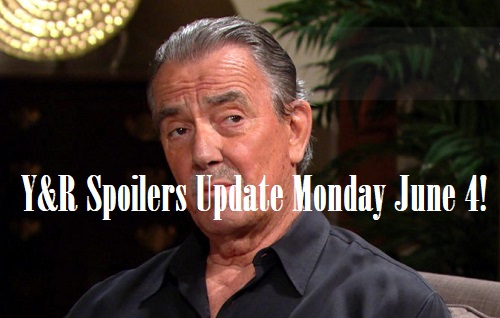 The Young and the Restless (Y&R) spoilers for Monday, June 4, tease that Billy (Jason Thompson) will face the aftermath of Kyle’s (Michael Mealor) on-air nudity. At Jabot, Devon (Bryton James) will show up to blast Billy for the blunder. He’ll rant about the fines, but Kyle will treat the whole thing like a joke. When Kyle says social media’s buzzing, Gloria (Judith Chapman) will gripe about his lack of concern.

At the athletic club, Jack (Peter Bergman) and Hilary (Mishael Morgan) will discuss the latest chaos. They’ll blame Billy for letting this happen, but Jack won’t be interested in seeking the throne again. He’ll indicate that he’s ready for the next chapter. Hilary will mention that she’s meeting with a real estate agent later. She’ll think Jack should move somewhere besides the athletic club as well.

At home, Charlie (Noah Alexander Gerry) will hide Shauna (Camryn Hamm) in his bedroom. She’ll worry about getting caught in there, but this is the best they can do for now. After they head to Crimson Lights, Lily (Christel Khalil) will see them. She’ll push to meet Shauna’s parents soon, so that’ll add to the teen’s concerns.

Other Young and the Restless spoilers state that Hilary will look at Chelsea’s (Melissa Claire Egan) old penthouse. She’ll prepare to make an offer to the real estate agent, Farrah Dubose (Erika Girardi). Neil (Kristoff St. John) will get the scoop and arrive to make an offer, too. Next, it’ll be Jack (Peter Bergman) who wants it. He’ll insist that he’s willing to outbid everyone else. 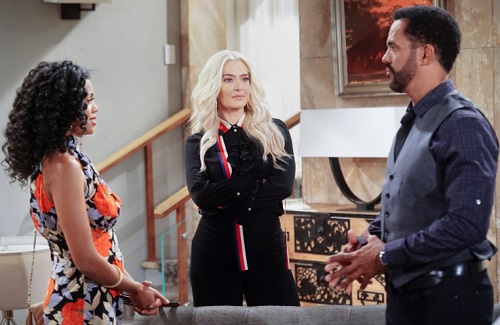 After Farrah collects all their bids and info, Hilary will meet up with Devon. She’ll grumble about the bidding war, but he’ll think he has the solution. Devon will suggest that Hilary should just move in with him. He’ll chuckle at the way their obstacles always manage to push them closer.

Across town, Kyle will overhear Phyllis (Gina Tognoni) marveling at huge sales numbers. He’ll gloat about their new product selling like hotcakes. Kyle will imply that maybe his poolside mishap was intentional. Billy still won’t be thrilled about the strategy, but he’ll celebrate their success by kissing Phyllis.

In a car, Summer (Hunter King) will speed back into Genoa City and dismiss a phone call from “PAX.” She’ll ultimately barge in on Phyllis and Billy, who have just had made love on the couch. Y&R spoilers say Summer will smirk as she greets the naked lovers.

Back with Jack, he’ll turn on the charm with Farrah. They’ll head to Top of the Tower to spend a little time together. At the athletic club, Nikki (Melody Thomas Scott) will want some answers from Victor (Eric Braeden). She’ll demand to know what he did to prompt Nick’s (Joshua Morrow) moving plans.

Victor will note that Adam (Justin Hartley) is Christian’s (Jude and Ozzy McGuigen) biological father. He’ll insist that he can’t let Nick keep him away from his grandson. Victor will refuse to lose another Newman heir, so he’ll be ready to battle it out.