The Young and the Restless Spoilers: Nick and Victor’s Truce Works – Newman Family Strengthened For May Sweeps Shockers 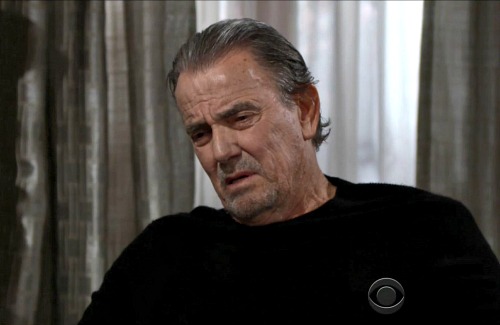 The Young and the Restless spoilers tease that Nick (Joshua Morrow) and Victor (Eric Braeden) will offer sincere acknowledgement when they reach their truce. Victor’s assault had an effect on Nick, so much so that the younger Newman feels motivated to bond with his dad once again.

As Y&R fans recall, Nick was turned off when he discovered that Victor conspired with Chloe (Elizabeth Hendrickson) a few years ago. That unholy alliance allowed the mentally unstable poor soul (meaning Chloe, not the Black Knight) to be released far too soon from a Californian institution. Victor mined Chloe’s grudge against Adam (Justin Hartley), which is said to have led to that character’s death.

Whether Adam actually is dead remains an open question that doesn’t seem likely to be answered any time soon. Countless fans exist in a disappointed state, with no plot hope being offered. Yet, other storylines flow on.

Nick was very emotional during the time of Victor’s stay in Genoa City Memorial Hospital. As soon as he learned that J.T. (Thad Luckinbill) was responsible for putting his father in a coma and then pulling the plug on his medical life preserver, Nick was back on board.

It’s not as though this father-son combo has forgotten or forgiven all that’s happened between them. Victor harbors bitter feelings against Nick because Nikki (Melody Thomas Scott) and Vickie (Amelia Heinle) were initially alienated due to his son’s relay of the Chloe-Adam connection. However, the Moustache has appeared open to reconciliation in recent months. That development is now ripe for each man’s picking.

The Newman family will need to be united because of the coming find of J.T.’s body. Paul (Doug Davidson), or a Genoa City passerby will locate the Mr. Hellstrom’s decaying corpse which lies in an unmarked Chancellor Park mock grave. While an autopsy will show that J.T.’s heart issues actually caused his death, Nikki’s role in that character-ender seems likely to be exposed.

Victor, Nick and Vickie, along with Sharon (Sharon Case) and Phyllis (Gina Tognoni), will need to support the matriarch of the Newman clan. A united front, bolstered by a repaired father and son tandem will help Nikki’s cause.

Longtime Y&R devotees know that the Newman clan won’t always be cheering each other on. This family’s dramas, joys, squabbles, and ploys comprise the main part of various storylines. So, this spring’s positive developments will be recognized as momentary unification, rather than the start of a permanent peace settlement. And so this linked group’s patterned story flows on ready to take on May Sweeps surprises.