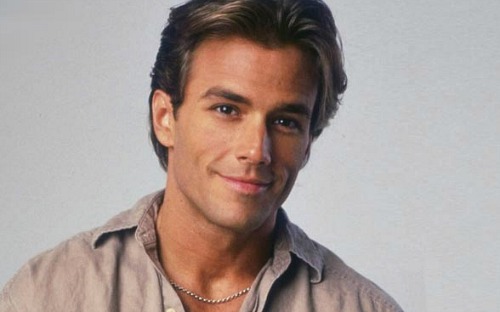 The Young and the Restless spoilers tease that Ryan McNeil (Scott Reeves) may be resurrected. But didn’t this character didn’t die after apparently being shot dead in 2001? Yes, but a social media photo Reeves posted this week outside the CBS studios implies new work is being done.

As all soap opera fans know, death can be overcome in daytime. Whether Reeves’ cryptic social media post means that Ryan is somehow being resurrected remains to be seen. Possibly his return is somehow connected to Y&R’s forty-fifth anniversary celebration.

Some tenured Y&R viewers will need a refresher. Newer viewers certainly will. So please read the relatively brief shimmy below. As that’s done, a further affirmation of the complexity of this soap’s historical storylines will deepen.

Reeves played Ryan on Y&R from 1991-2001. McNeil’s character was a businessman who worked for Newman Enterprises and eventually married a very young Victoria (then played by Heather Tom, who’s currently playing Katie on The Bold and the Beautiful).

The apparent end of Ryan’s run came through his wife’s hand. However, the referenced spouse wasn’t Vickie, but Tricia (Sabryn Genet).

Ryan was married to Nina (Tricia Cast) late in Reeves’ Y&R run. However, during that period he began a relationship will Tricia who was a college student.

Ryan rejected Tricia’s request that they reunite. He was again involved with Victoria and planned to remarry her. Tricia abducted Vickie on her wedding day, posing as Heather Tom’s character at the altar.

Vickie broke free, Tricia pulled a gun and attempted to shoot her. Ryan stepped in front of his bride to protect her and took the bullets. He then seemingly died.

Reeves was most recently seen on GH as Steve (2009-2013). In 2017, Steve Burton (Jason on GH and formerly Dylan on Y&R) advised the public that his Port Chuck band mate was hospitalized with a heart issue. Thankfully, Reeves’ recovered last year and appears to be fully healthy in 2018.

His appearance at CBS studios this week could be connected to Y&R, or B&B, as that spinoff show is filmed at the same location. If Ryan is returning to Genoa City, it could be possible that he appears to Vickie in a dream as he did in 2001. Although Reeves’ could be playing Ryan’s twin, which would employ a classic soapy comeback technique.