The Young and the Restless Spoilers: Sharon Cracks But Rey’s Feelings Get in the Way – Y&R Sets Up Complicated Romance 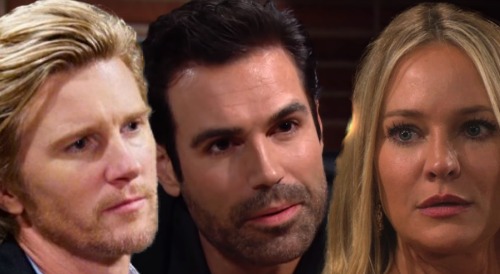 The Young and the Restless (Y&R) spoilers tease that Rey’s (Jordi Vilauso) plan will move forward. He now knows Nick (Joshua Morrow) had nothing to do with J.T.’s (Thad Luckinbill) disappearance, so that brings him back to the night of the girls’ night party. It was the last time J.T. was actually seen in Genoa City, so Rey’s focusing on the events that unfolded right before the abuser vanished.

Of course, that means Victoria (Amelia Heinle), Nikki (Melody Thomas Scott), Sharon (Sharon Case) and Phyllis (Gina Tognoni) are going to face more pressure. Y&R fans can see that Rey isn’t giving up. In fact, he seems more determined than ever to get some answers.

Out of the women in this group, Rey’s the closest to Sharon. They were actually moving toward friendship before Rey’s true agenda was exposed. The Young and the Restless spoilers say Rey will use that to his advantage in the weeks ahead. He’ll do his best to rebuild that relationship and show Sharon he’s a nice guy.

However, Rey will really just be scheming all over again. Let’s hope Sharon listens to Mariah (Camryn Grimes) and realizes Rey can’t be trusted! Rey will certainly believe he can make Sharon crack or at least trip her up. After Sharon’s approached about taking a victim liaison position at the GCPD, she’ll have to consider her options.

Sharon’s done some crisis hotline work there and enjoys helping people. She’ll also be looking for an exciting new path following her college graduation. Sharon may have reservations since this means hanging around Paul (Doug Davidson) and Rey, but it probably won’t be too hard to talk her into this.

The bad news is Sharon will be taking Rey’s bait. The good news is maybe Rey’s softer side will emerge. He’s bound to see Sharon in a new light as she works to assist others. Rey can undoubtedly see some kindness in Sharon already, so it’s just a matter of time until feelings start to grow.

That’ll be especially true after Nick and Sharon’s relationship ultimately falls apart. It’s tough to believe they can get past all the secrets between them, so Sharon may lean on Rey for support once “Shick” explodes. If the truth about J.T.’s death comes out afterward, will Rey be torn about turning Sharon and the others in? Could he participate in the cover-up or will the pull of justice be too strong?